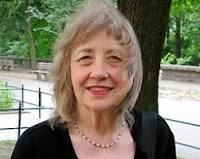 Composing and solving musical riddles and puzzles has long been a popular brainy workout for composers and audiences alike. Amongst numerous others, Johann Sebastian Bach, Franz Joseph Haydn, Ludwig van Beethoven and Wolfgang Amadeus Mozart composed some of the most famous and deliciously difficult musical puzzles in the history of music. But if you really think that composing musical riddles and puzzles is an exclusively male domain, this collection of musical puzzles by women composers will come as a surprise. Let’s get started with Gloria Coates, one of the most prolific female symphonist in history. A student of Alexander Tcherepnin, she has written 15 symphonies, putting her on level with Shostakovich. And it is her Symphony No. 15 subtitled “Homage to Mozart,” that features a movement titled “Puzzle Canon.” If you don’t immediately recognize the musical puzzle don’t worry, because the quasi-quotation in the wind instruments taken from Mozart’s last motet “Ave Verum Corpus” is initially played backwards. Only towards the end of the movement do we hear the quotation played forward, and it is finally merged into the strings as a proper canon. 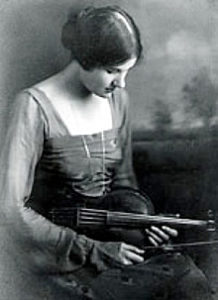 When Rebecca Clarke talked about her 1919 Sonata for Viola and Piano in the late 1970s, she explained “there was a rumor going on that I hadn’t written the work myself, that somebody had done it for me. And I even got one or two little bits of press clippings saying that it was impossible, that I couldn’t have written it myself. And the funniest of all was that I had a clipping once which said that I didn’t exist, there wasn’t any such person as Rebecca Clarke, that it was a pseudonym for Ernest Bloch!” Clarke had entered a competition sponsored by Elizabeth Sprague Coolidge, and in a field of 72 competitors she tied for first place with a composition by Ernest Bloch. Coolidge later declared Bloch the winner, as the “idea that a woman could write such a work was socially inconceivable.” It took a good many years before her compositions were recognized for its compositional skill and artistic power, and her “Chinese Puzzle” dates from 1921. Clarke explained that the tune was one she had learned from a Chinese friend of her family; can you name the puzzle tune? 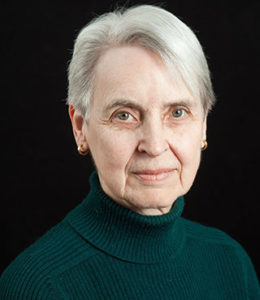 Elizabeth Vercoe has been hailed as “one of the most inventive composers working in America today.” She has been described as “an exceptionally gifted composer with a fine technical command and a keen sensitivity to sound materials,” and her works have been performed around the world, including London, Paris, Bangkok, New York, and San Francisco. Vercoe originally wrote Butterfly Effects for flute and harp, using evocative melodies reminiscent of a butterfly in flight. For one, the collection of seven movements is based on a quotation from the Taoist philosopher Zhuangzi, who writes, “Am I a human who dreamt of being a butterfly or am I now a butterfly who dreams of being human?” The titles of individual movements are actually names of butterflies, and “Monkey Puzzle” designates a crafty Lepidoptera whose tail filaments mimic an antenna, apparently to confuse predators. 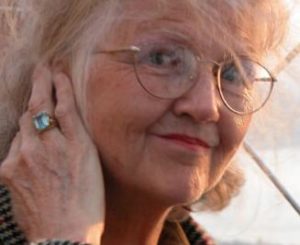 When Elizabeth R. Austin composed her Puzzle Preludes, she made sure that each prelude centers “around a musical quote from the piano repertoire of the past, either directly cited or intentionally bent. As the harmonic design weaves in and out of the quotational context, the listener is invited to guess the source of each quote.” In this musical puzzle, Austin essentially creates musical “window panes,” placing one style or atmosphere adjacent to a contrasting style. “What engages me,” she writes, “is to imbed tonal quotes in a pantonal fabric so that what has sounded familiar becomes transformed into something regarded as foreign and invasive.” The principal aim is for the contemporary musical fabric to sound “right to the listener and the tonal quote to sound oddly out of place. Spoiler Alert! The five quotations in order are, 1) Brahms, Waltz in A-flat, Op. 39 No. 15; 2) Bach, Chromatic Fantasy and Fugue in D minor; 3) Chopin: Sonata No. 2 in B-flat minor; 4) Beethoven: Sonata Pathétique, Op. 13, and 5) Schubert: Impromptu in A-flat, D. 935. Did you guess them all correctly?