I share Steven Isserlis’ frustration and I encounter this attitude far too often in relation to classical music: “I won’t understand it”, “I don’t know enough about it”, “I won’t appreciate it” are common statements in relation to the artform. 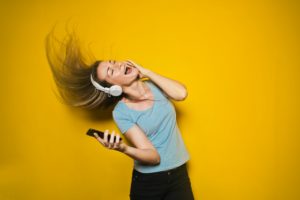 The notion that one needs to be educated or have a certain degree of specialist knowledge to appreciate and enjoy classical music has been around for ages. It crops up all the time, peddled, in part, by those who seek to keep the art form exclusive yet who also bemoan half-empty concert halls and falling concert attendance. It has, sadly, thoroughly seeped into the consciousness of those people who might like to sample classical music but are afraid to try in case they won’t “understand it” (the rituals and etiquette of classical concerts, and the language/terminology of music don’t help either). I ask people at concerts what they liked about the performance and instead of describing their reactions to it, they turn to me and reply, “Oh I don’t really understand classical music!”, as if they are afraid to respond honestly for fear of being labelled ignorant.

Amidst all the reverence and traditions which surround classical music, it’s easy to forget that music was, and is, written by ordinary people. We have elevated composers like Bach, Mozart and Beethoven to the status of genius, but they were in fact fairly ordinary people, just trying to make a living. That their music has stood the test of time and is still performed, enjoyed and celebrated today is not a mark of their “genius” but rather the fact that what they, and many others, wrote, and write, resonates with and speaks to us at a visceral level – through our emotional responses to it.

Take a classical music ingénue to a concert of music by Sibelius or Bartók, for example, and when they say they didn’t like it you tell them it’s because they are “not educated enough” to appreciate it, you can fairly guarantee that those people won’t step inside a concert hall again. But ask them how the music made them feel, and their response may be quite different.

I was at a concert awhile ago where the violinist played Vaughan Williams’ The Lark Ascending. The person sitting next to me spotted my reviewer’s notebook and before the concert began turned to me and said that I would “probably understand the music better” than she because I clearly “knew more about it”. At the end of the performance, she turned to me, her eyes wet with emotion, and explained to me exactly how and why this music had touched her. And then she said “but I expect you understood the music better than me”.

This emotion-driven, subjective reaction to music is common to us all, regardless of our level of education or our musical taste. Music, whatever its genre, is all about emotions, relatable human emotions. For many of us, classical music in particular is associated with beautiful sadness, deep joy, drama, excitement, celebration, reflection, melancholy, tenderness, affection……in fact, the full gamut of human emotion.

So, instead of didactically telling people how they should or should not respond to classical music, confusing them with esoteric terminology (often in a foreign language), let people make discoveries for themselves. Guide, by all means, make suggestions, but don’t insist that they must understand the structure of a fugue or Sonata form in order to enjoy classical music. Instead, encourage people to open their ears and hearts and enjoy the music with all their senses.