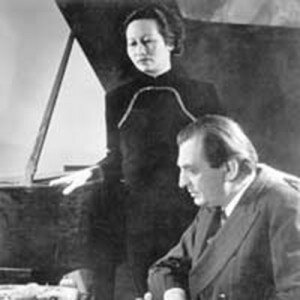 The Russian composer Alexander Tcherepnin (1899-1977) launched his international career as a pianist and composer from Paris. He won a number of prizes and embarked on yearly concert tours to the United States, yet he was restlessly searching for a new direction in his compositions. Tcherepnin was looking for a way to escape what he called “my own self-imposed technical formulas and a more direct approach for expressing my art.” Tcherepnin could not have foreseen that he was going to find the solution to his problems in the Far East. His American manager A. Strock had scheduled him for the spring and summer of 1934 for a concert tour around the world. It was to begin in April in China, with the rest of the tour scheduled to take place in Japan, the Philippines, Singapore, Egypt and Palestine. After playing his first concerts in Shanghai he fell head over heels in love with the highly-gifted young Chinese pianist Lee Hsien Ming, and immediately decided to marry her. 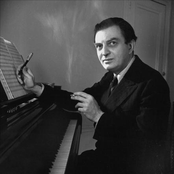 In order to stay close to Ming, he cancelled the rest of his tour and took on new concerts in China and Japan instead. He also got an appointment as an honorary professor at the Shanghai Conservatory, arranged by his friend, the pianist Boris Zakharoff. Except for occasional visits to Japan, he remained in China until the outbreak of the Sino-Japanese War in July 1937. After three months in China he wrote a letter to his friend Walter Koons excitedly reporting, “…since we landed in China…everyday events have taken all my time…Everyday events were of a very delightful nature. I never expected to find a country where people would be so interested in what I can offer them, and I never expected to find so many ideas and art accomplishments.”

No. 2. The lute
China offered Tcherepnin a new world of sound. “Music of every kind,” he writes, from the most primitive upward, belongs to the every day life of the Chinese…With two venders selling the same wares, one will play on the bamboo flute, or sing, whilst the other accompanies him on some instrument…Every tram car conductor in Peking has his own rhythm for the sounding of the warning bell…From its most primitive to its highest form the native music of China is closely bound with the being of the people and synchronizes their work, their life, their dreams and their meditation.” Greatly attracted to Chinese culture and its music, Tcherpnin found his “folk-cure,” as he jovially called it. 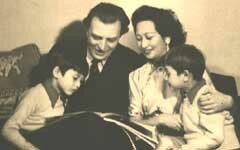 Tcherepnin wasn’t exclusively interested in Chinese folk music; he also attempted to develop a deeper appreciation for Peking opera. He asked to be adopted by Ju-shan Chi, a leading authority on Peking opera, and he was given his Chinese name, “Chi-erh-p’in.” As he writes to a friend, “I studied Chinese notation, even Chinese language and letters in order to get deeper knowledge of the country and people.” And he was so concerned about the impending dilution of Chinese music, that he became an assistant to the Chinese minister of culture. In order to encourage young Chinese composers to write in a Chinese style and to avoid the influences of Western trends, Tcherepnin organized a piano composition competition for native Chinese composers only. Tcherepnin even founded a publishing house in Japan to issue the winning works.

No. 4. Punch and Judy
The 5 Concert Etudes, Op. 52 are part of a larger series of compositions based on the Chinese pentatonic scale and entitled “Chinese Mikrokosmos.” Specifically composed for instructional and education purposes, Tcherepnin strongly believed that they were comparable to Bartók’s collection by the same name. And just in case you were wondering, Lee Hsien Ming won a scholarship to study in Brussels and Tcherepnin continued his courtship in Europe. “Homage to China” was Tcherepnin’s favorite composition, and he dedicated it to Ming as a love offering. She eventually became his second wife and the couple had three sons.