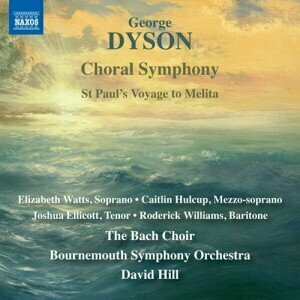 Born into a working-class family, George Dyson became one of the most important musicians and composers of his day. The previously unknown Choral Symphony was written as an examination work while Dyson was studying at Oxford, and it was only recently discovered at the Bodleian Library. Dyson relishes his dramatic chosen text from Psalm 107 on the expulsion from and homecoming of the Jews to Israel, a narrative that inspires trademark features that would make his later works so attractive.