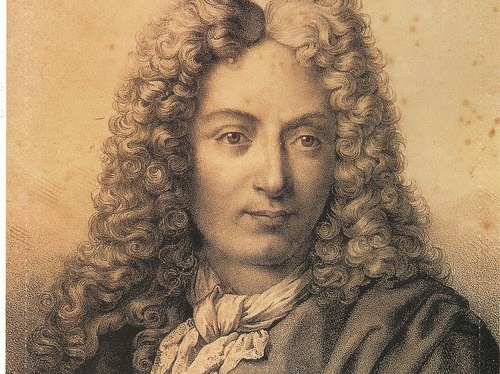 Trying to reconstruct the love life of a discreetly homosexual composer in the 17th century presents a variety of formidable challenges. For one, the public record was not overly concerned with sexual orientation, and happily expunged all references to “sodomy,” as it was then called. Homosexual composers themselves kept largely silent and in the closet, and the topic remained unspoken of in polite society. When it came time to write the first histories of music, other more important things needed to be said first. Glancing over assorted biographies with regards to Arcangelo Corelli (1653-1713) generally yields a quick sentence of two, “Corelli was never married, and many people considered him homosexual.” Well, this is not very helpful indeed! But then, many things about Corelli remain shrouded in mystery. Baptismal records at least indicate that he was born on 17 February 1653 in the small town of Fusignano, located in the diocese of Ferrara. But from then on, particularly for his formative years, we have to rely on anecdotal and highly idealized childhood accounts constructed, embellished or invented after Corelli had achieved considerable notoriety. Supposedly, he studied music “under “ a priest in Faenza, and it is assumed that the papal contralto Matteo Simonelli first taught him composition. At some point, we cannot be certain when, Corelli made his way to Bologna and might have studied with the master violinists Leonardo Brugnoli, Giovanni Benvenuti, Bartolomeo Laurenti and/or Giovanni Battista Bassani. On the title pages of Corelli’s first three published sets of music, his Opus 1 to 3 sets of 12 Trio Sonatas published in Rome in 1681, 1685 and 1689, respectively, the nickname “Il Bolognese” is prominently displayed. “Il Bolognese” was certainly not only a very talented violinist, he was also a very handsome young man. Contemporary engravings, true to his Christian name “Arcangelo” emphasized an angelic face surrounded by exaggerated blond curls. 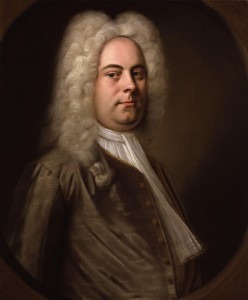 It is hardly surprising that our “Archangel” inspired a fair degree of jealousy amongst his contemporaries. Most notable and most notorious was his supposed interaction with the openly homosexual and flamboyant composer Jean-Baptiste Lully. According to fictional legend — probably invented by the Swiss philosopher, writer, and composer Jean-Jacque Rousseau — Lully frightened Corelli away from Paris, having been terribly envious of the young Italians looks and talents. Corelli’s interaction with George Friedrich Handel, the most famous homosexual composer of his time, is better documented. Corelli and his chamber orchestra — a much sought after performing group in great demand all over Europe, spend a year in London. Handel was not impressed with the publicity generated, but was nevertheless expected to produce performances featuring Corelli and his band. Corelli was adamant that the highest note on the violin was the high D, fourth finger, third position, on the E string. One evening, Corelli was publically performing a violin sonata by Handel at sight. Quite possibly, Handel sought to play a practical joke on Corelli and embedded a high E in the final bars of the sonata. When Corelli came to the high E — one note higher than the highest note that Corelli had vowed to God he would ever play, he stopped and took a long look at Handel, who was accompanying him on the harpsichord. Corelli lifted his chin and in a gesture of grand indignation walked offstage. They never spoke again. It does go to show that you can’t have two prima donnas on the same stage! Corelli found refuge and comfort amongst a circle of male friends under the auspices of Cardinal Pietro Ottoboni; more on this next time.