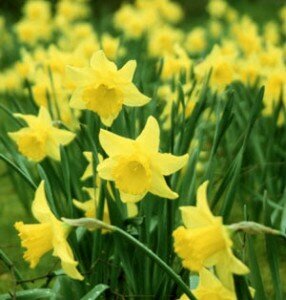 Flowers show us the invisible world – they pop up to show us Spring, they dance in the wind, they bring happiness, and can mark occasions of solemnity. Composers, accordingly, use music to show us flowers – dancing, or something less concrete.

We have to start, of course, with the most famous of the flower dances: Tchaikovsky’s Waltz of the Flowers from his ballet The Nutcracker. Clara and the Prince have been entertained in The Land of Sweets by food of all nations: Spanish chocolate, Arabian coffee, Chinese tea, Russian candy canes, ending with the Waltz of the Flowers.

Tchaikovsky: The Nutcracker: Act II: Waltz of the Flowers(Slovak Radio Symphony Orchestra; Ondrej Lenárd, cond.)
Bai Juyi’s Tang Dynasty poem, ‘Flowers are Not Flowers’, is about a memory of something that once existed but is now gone: it looks like a flower but it isn’t. This is as much about flowers that bring memories as flowers themselves. 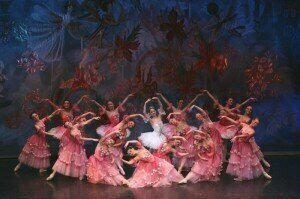 The Waltz of the Flowers, Moscow City Ballet

Huang: Flowers are not Flowers (Shanghai Philharmonic Orchestra; Henry Shek, cond.)
American composer Vincent Persichetti set seven flower songs based on texts by E. E. Cummings. In the poems, his flowers signify life, betrayal, grief, in short, everything of life itself. In ‘Lily has a Rose,’ it’s jealousy.

Persichetti: Flower Songs, Op. 157, No. 7. Lily has a Rose (University of Texas Chamber Singers; University of Texas Chamber Orchestra; James Morrow , cond.)
Tchaikovsky’s last works for solo piano were his 18 Morceaux (18 Pieces), a miscellany of miniature pieces that he wrote, rather as a challenge to himself, one a day during the month of April 1893. He intended to write 30 (as many days in the month) but stopped at 18. The Valse-bluette, No. 11, was completed on 25 April. It is dedicated to Nadezhda Kondratyeva, the daughter of Tchaikovsky’s lawyer and friend Nikolay Kondratyev, whom he had known since she was little and to whom he gave the nickname ‘Dinochka’. 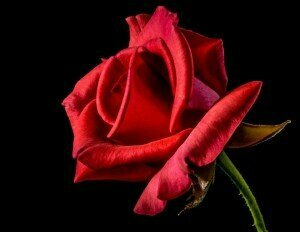 Tchaikovsky: 18 Morceaux, Op. 72: No. 11. Valse bluette (Victor Ryabchikov, piano)
Finnish composer Väinö Raitio made his name in the 1920s in a group that worked in a more cosmopolitan than the otherwise prevalent and conservative National Romanticism. In the last decades of his life, he got away large orchestral works to concentrate on works for smaller ensembles, including this lovely mediation on summer flowers.

Raitio: Kesakuvia Hameesta (Summer Scenes from Hame: VI. Kukkien kuningatar (Queen of the flowers) (Tapiola Sinfonietta; Tuomas Ollila-Hannikainen, cond.)
Toivo Kuula, another Finnish composer, set the poetry of Eino Leino in his Jääkukkia (Frost flowers) and used a very old compositional technique in the piano part. It’s a passacaglia – a repeating bass pattern – in a poem about flowers that only exist on a window. ‘Flowers unharmed by ice and snow, |Flowers that never were.’ 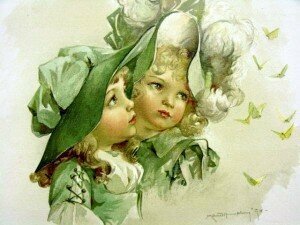 Two girls in a garden

Kuula: Jääkukkia (Frost Flowers), Op. 34, No. 2 (Tommi Hakala, baritone; Kristian Attila, piano)
Charles Ives set a text by his wife, Harmony, in his 2 Little Flowers. This 1921 work is dedicated to X and Y, who are named in the song at the end: Edith and Susanna, described as the “fairest, rarest” of all the flowers in the garden.

Ives: 2 Little Flowers (Michael Cavalieri, baritone; Douglas Dickson, piano)
When is a Flower not a Flower? When it’s a memory, or a design by Jack Frost on the window, or simply an idea.