Opinion
Why should I review this concert?
by Frances Wilson July 29th, 2018 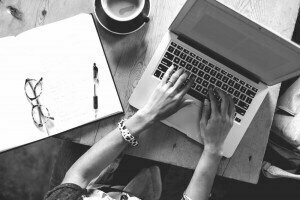 I’m very fortunate, living in London, to have access to a wealth of live classical music, and I could be at a concert every night of the week if I wished. I am also lucky enough to be able to combine my love of music with writing about it.

I’ve been reviewing concerts regularly since 2011 and in that time I’ve often pondered the value of reviews. Music criticism (by which I mean critiquing and reviewing live music and recordings) has changed a great deal, thanks in no small part to the internet and the consequent rise of online review sites and blogs, and the ease with which people can access information and opinions. Because of this, reviews and critiques could be seen to be losing their significance as people go to the web for information. Back in the old pre-internet days, we sought out newspaper and specialist journal reviews to be informed whether it was worth going to that exhibition at the National Gallery or how Daniel Barenboim performed at Carnegie Hall, and respected critics were often held up as the well-informed arbiters of taste and culture. Today everyone has an opinion.

Schubert: Sonata no. 7 in E flat, D568, 1st movt – Daniel Barenboim
In my concert reviews I generally write from the point of view of the “punter” – the keen concert-goer with a decent smattering of musical knowledge. My fundamental intention in my reviews is to give the reader the impression of “being there” at the concert.

When I go and hear “great” or “legendary” artists in concert, the real top-flight performers such as Martha Argerich, Murray Perahia, Richard Goode, Stephen Hough or Mitsuko Uchida, I seriously question what this reviewing lark is all about. When we go to concerts by these artists we expect a certain level of extremely high-quality performance, and we nearly always get it. Even if the performer is having an “off day” or is ill, they are generally able to pull off a superb performance nonetheless. So if we know these artists are going to play brilliantly, why do we need to review their concerts?

Ravel: Piano Concerto in G major, 2nd movt – Martha Argerich
Certainly these artists don’t need the endorsement of critics and reviewers: sure, it’s gratifying to read a flattering write up, but it’s hardly necessary because these are artists who have validated themselves and their work time and time again through their consistently excellent playing. Do glowing reviews of these artists simply confirm their greatness? Do they guide potential concert-goers to book a ticket the next time Argerich comes to town? If we know these people are so good, why review them?

A concert is usually a one-off event, unlike theatre runs or film screenings where a review might encourage, or discourage, a punter from attending. On this basis, one could argue that it’s fairly pointless reviewing a one-off concert that has passed, and by the time the review is published, the critic’s opinion may hold little interest or value for the reader/prospective concert-goer. But I think concert reviews serve a slightly different purpose, and this is the reason why I continue to write reviews.

A review is a record of the event and serves to place the concert in context (for example, a composer anniversary, a premiere of a new work). Whatever the source of the writing, good constructive criticism can encourage and publicise new talent or confirm or rediscover old talent, and encourage others to seek it out. Reviews also contribute to the history of an orchestra or ensemble, a piece of music, the career trajectory of an artist. Additionally, and importantly, criticism, whether it’s negative or positive should be about “a dialogue between the art form and the public” (John Allison, music critic)

Some argue that reviews are now redundant and therefore without value, and that newspapers, journals, music websites and blogs should instead offer previews of upcoming concerts and events. There is some justification in providing such content: advance feature stories may better serve readers by giving them an opportunity to make plans to attend something, but there again, I do not believe it is my job, nor indeed that of a mainstream newspaper or journal, to sell tickets to concerts and fill concert halls. Nor are advance stories necessarily good pieces of writing/criticism, often being constructed from press releases and similar material.

So we continue to review concerts by the greatest living artists and the new and emerging talents, and all those in between – and why? Because I believe we still need to record the activities of these performers via intelligent, well-informed and well-written music criticism – in the blogosphere and in the mainstream media. Such writing prevents mediocrity and dumbing down, and, I hope, encourages variety, authenticity and objectivity.