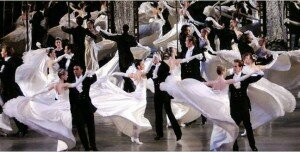 Dancing and flowers seem to go together – the beautiful flowers moving gently in the breeze and the dancers weaving their way around the floor.

The most famous flower waltzes are those in Tchaikovsky’s ballet The Nutcracker. Once Clara and the Nutcracker arrive in the Land of Sweets, their time there includes the Waltz of the Flowers. 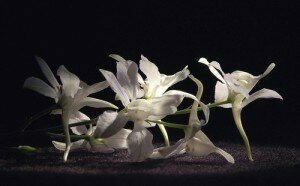 Another work for the Russian Imperial Ballet was Alexander Glazunov’s ballet The Seasons, first produced in 1900. This time we have summer flowers, cornflowers (blue) and poppies (red) – in the ballet, they dance until they tire and are restored by a group of Naiads bringing them water. 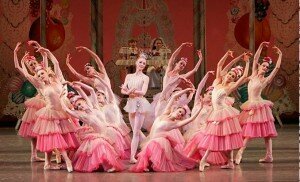 The Nutcracker: Waltz of the Flowers

In his 1880 operetta Das Spitzentuch der Königin (The Queen’s Lace Handkerchief), Johann Strauss II wrote a work with political overtones: In an attempt to be around her husband, the King of Portugal, to jealousy, the Queen writes a love message on her lace handkerchief, hiding in a book of Cervantes. It is found, however, by the unscrupulous Prime Minister, who wants to unite Portugal with Spain, and all becomes fraught. The Waltz, Roses from the South, is one of the most famous works from this operetta, but, curiously, appears in neither the full score nor in the piano/vocal score. It is actually part of the material that was discarded before the final version of the operetta hit the stage, but as it’s full of musical references to the operetta as a whole, has taken on a separate life. 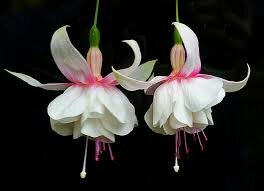 Johannes Brahms wrote two sets of Liebeslieder Waltzes, op. 52 and Op. 65. The texts were from Georg Friedrich Daumer’s Polydora, a collection of folk songs and love poems, and the music uses the local German Ländler dance as its inspiration. The text is told by an unhappy maiden: her mother gave her roses because she was unhappy and they drop their heads just like she does.

D’Erlanger: Midnight Rose Waltz (Janice Weber, piano)
As the cool winds blow, those of us not engaged in active snow removal can think ahead to spring and the reappearance of flowers dancing in the breezes.