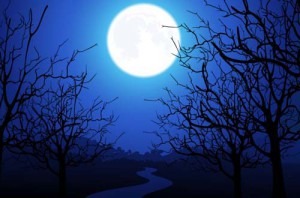 Along with the usual terrestrial subjects, composers have not hesitated to look to the skies for inspiration, starting with our own moon.

In 1920, Leoš Janáček took two popular Czech novels by Svatopluk Čech and created The Excursions of Mr. Brouček to the Moon and to the 15th Century. When he first approached the author for permission to use his books, Čech said no and Janáček had to wait until after Čech’s death to use them. Janáček went through seven librettists in creating his text – some writers disagreed with Janáček’s vision, others were arrested by the government – but finally, by 1918, everything was finished. The drunken landlord Brouček dreams of a better life on the moon and goes there, only to find that everyone he hated on earth is there in different forms. Although Janáček intended Brouček to be a figure of fun, early audiences were quite sympathetic to his travails.

Janáček: The Excursions of Mr Brouček Suite (arr. P. Breiner): II. Ty bledy brachu tam nahore (There is the Moon) (New Zealand Symphony Orchestra ; Peter Breiner, cond.)
The playwright Carlo Goldoni’s Il mondo della luna (The World on the Moon) was set by 7 composers, including Galuppi and Haydn. Suitors after the daughters of Buonafede convince him that he is on the moon and he is tricked into assenting to their marriage. In Haydn’s setting the key of E flat is prominent, associated in the 18th century with ideas of darkness and sleep. The coloratura aria, ‘Ragion nell’alma siede,’ shows Haydn’s mastery of opera, a genre he’s rarely associated with.

Haydn: Il mondo della luna, Hob.XXVIII:7, Act I: Ragion nell’alma siede (Patricia Petibon, Flaminia; Concerto Köln; Daniel Harding, cond.)
In Dvorak’s opera Rusalka, the heroine, the daughter of Water Goblin, has fallen in love with a human prince and sings a song to the moon, wishing it tell the Prince that she loves him. It all ends badly, of course, but at this point, Rusalka is quite hopeful of her love.

Dvorak: Rusalka, Op. 114, Act I: Mesicku na nebi hlobokèm (Karita Mattila, Rusalka; Finnish Radio Symphony Orchestra; Jukka-Pekka Saraste, cond.)
A truly beautiful and very modern moon song is part of the Hungarian composer Pèter Eötvös’ work As I Crossed a Bridge of Dreams, for narrator and small ensemble and electronics. The text is by the Japanese poet known as Lady Sarashina, who wrote the text in the year 1008. It is a beautifully still and evocative piece, as our narrator gazes at the moon all night and sees visions in her dreams. The whispering voices that echo the narrator’s works take us into the mysterious moon world.

Pèter Eötvös’ work As I Crossed a Bridge of Dreams: III. The Moon (Elizabeth Laurence, narrator; UZME Chamber Ensemble; Gergely Vajda, -cond.)
Whether the composer is reflecting on the light of the moon, or taking his operatic characters to the moon, it remains an inspiration that all can see.