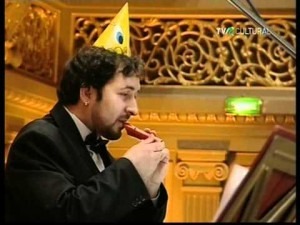 It’s not really known who wrote the Toy Symphony, and it’s credited to both Joseph Haydn and Leopold Mozart. One problem is that the work didn’t appear in print until 1820, long after the death of either composer. The original story is that Haydn wrote it for a party at Esterháza after purchasing toys at a Christmas fair. But it also appears in manuscript as copied by Leopold Mozart in 1759, but it may be that he was just making a copy for himself, rather than making a copy of what he had composed.

In any case, the work for 2 oboes, 2 horns, strings and continuo, also contains parts for a trumpet, ratchet, a nightingale, a cuckoo, and a toy drum.

When we get to Leopold Mozart’s son Wolfgang, one of the most interesting pieces for children is a set of piano variations on a very familiar song.

Mozart: 12 Variations in C Major on’Ah vous dirai-je, maman,’ K. 265 (Niu Niu, piano)
He wrote this when he was about 25, so it’s not a work from his own youth. The melody itself, a French folk song, first appeared around 1761; Mozart wrote his piece in 1781. The song, ‘Ah! Vous dirai-je, maman’ (Ah, Shall I tell you, mother, what causes my torment) is the story of a girl in trouble after meeting a charming man. It may scarcely be a story for children, but the lovely melody lives on in a number of translations: ‘Twinkle, Twinkle, Little Star,’ ‘Baa, Baa, Black Sheep,’ or even as a basis for reciting and learning the alphabet. 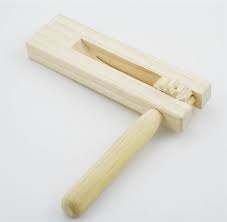 Hungarian composer Béla Bartók (1881-1945) wrote his collection of piano works, For Children, in 1908 and 1909 and they are, literally, designed to be played by children. The range of notes in each piece is quite limited, reaching less than an octave and can be played by beginning pianists. In addition to creating quite lovely piano pieces, Bartók was also creating a world of new music children that got them used to more than just the major and minor scales.

Bartók: For Children, BB 53, Vol. 1 (based on Hungarian folk tunes): No. 1. Children at Play (Allegro) – No. 2. Children’s Song (Andante) – No. 3. Andante (Jenő Jandó, piano)
Hungarian composer Eugene Zádor (1894–1977) made his name in Hollywood, writing music for the moving pictures, starting in the 1920s and continuing through the 1970s. He also believed, however, that pieces for young people should be original, witty and easily understood and so we have A Children’s Symphony. The fourth movement, The Farm, opens with dawn and then we hear the animals: a mooing cow, a rooster crowing, and a cackling goose, with slight hints of ‘It’s Raining, It’s Pouring.”