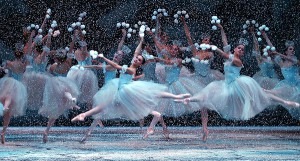 Russian composers have created some of the most memorable music for children, starting with Tchaikovsky’s The Nutcracker. Pyotr Il’yich Tchaikovsky (1840-1893) created the ballet The Nutcracker for the Mariinsky Theatre in St. Petersburg. It was given its premiere on 18 December 1892 and, although it was not a success at the time, since the 1960s has become a Christmas staple. Most ballet companies put on a version of the ballet as a core fundraiser for the year – it can bring in 40-50% of the revenue needed to keep things running.

One of the surprises that Tchaikovsky’s gave to the audience was the use of the mysterious new instrument, the celeste, as the instrument for the Dance of the Sugar-Plum Fairy. Its ethereal ringing sound was unique and held the audience’s attention. Precise, delicate, and almost crystalline in its sound, the celeste remains special.

Tchaikovsky: The Nutcracker, Act II Tableau 3: Variation 2: Dance of the Sugar-Plum Fairy (Philharmonia Orchestra; Michael Tilson Thomas, Conductor)
Sergei Prokofiev (1891-1953) was commissioned in 1936 by the Central Children’s Theatre in Moscow to write a piece that would help children cultivate their musical tastes and in just 4 days he created Peter and the Wolf. Peter has three animal friends, a bird (flute), a cat (clarinet) and a duck (oboe) and one massive enemy – the wolf (French horns). Other characters are the Hunters (woodwinds and trumpet) and his Grandfather (bassoon). Peter himself is played by the entire string section.

An interesting ballet of the work was made in 1995 by the Royal Ballet School. 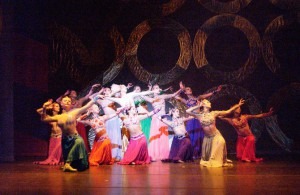 Although not specifically written for children, Pictures at an Exhibition by Modest Mussorgsky (1839-1881) uses a piece of program music to take us on a tour of a gallery. The theme of the Promenade is easy for children to understand as a walk between pictures.

Mussorgsky: Pictures at an Exhibition: Promenade (New York Philharmonic; Thomas Schippers, cond.)
In a similar programmatic vein, Scheherazade by Nicolai Rimsky-Korsakov carries us away on a sea of stories. From its bombastic opening of The Sea and Sinbad’s Ship, we are immediately cast into another world.

Rimsky-Korsakov: Scheherazade: I. The Sea and Sinbad’s Ship (Philadelphia Orchestra; Eugene Ormandy, Conductor)
Composers can carry us away through their music, so we can visit imaginary lands where fairies play, or where children can be helped by their animal friends, or where we can walk around a gallery of images in our head, or voyage to the world of the imagination of folk tales. The music written for children is especially good at these voyages into the imagination. Where shall we dream next?