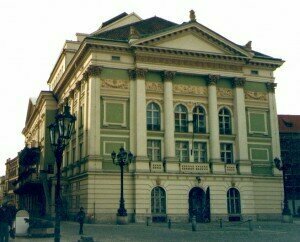 The majority of Wolfgang Amadeus Mozart’s (1756-1791) serious operas were composed for occasions connected to the Austrian ruling house of Habsburg. At the tender age of fourteen, Mozart composed Mitridate, re di Ponto for Milan, a city governed by the Austrian Archduke Ferdinand. Karl Theodor, the Elector of Bavaria, commissioned Idomeneo in 1780, and his final effort in this genre, La clemenza di Tito, was a commission for the 1791 coronation of Leopold II in Prague. 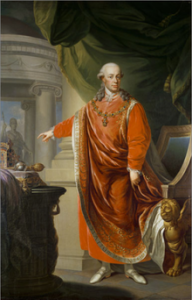 Premiered at the Estates Theatre in Prague on 6 September 1791, Metastasio’s libretto had already attracted nearly 40 composers. Set in Rome in the year 79, Emperor Tito, who is scheduled to marry Vitellia, has fallen in love with the Jewish princess Berenice. Vitellia is not amused, and persuades Sextus—who is deeply in love with her—to join a plot to assassinate the emperor. However, Tito announces that he has decided to banish Berenice and marry Servilia, Sextus’ sister instead. When Servilia tells Tito that she loves Annius, he renounces her in favor of Vitellia. However, Vitellia is unaware of the change of plan and sends Sextus to stab the emperor and set fire to the capital. 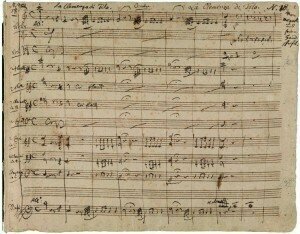 As it turns out, Sextus has indeed murdered a man, but it was not Tito. When Publius arrests Sextus, he refuses to reveal Vitellia’s complicity. Tito, wishing to be remembered for his clemency, commutes Sextus’ death sentence and marches him into the arena. When the lions are brought in, Vitellia decides to confess, but Tito is again forgiving and announces his intention to devote himself to the good of Rome. In order to enhance the dramatic impact, Mozart banished overt display from solo arias and ensembles, and produced a concise drama that attained unrivaled popularity immediately following his death. In fact, it was the first Mozart opera to reach London. However, for an extended period of time Anglo-American scholars and critics did not consider it Mozart’s best effort, and the staged North American premiere only took place at the Berkshire Music Center in Tanglewood on 4 August 1952!