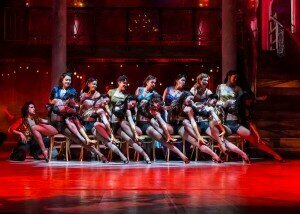 Entire academic careers have been built on situating the fictional character of Carmen—the heroine in Bizet’s opera—within a feminist context. The battlefield in this war between the sexes is Carmen’s body, and it is fought over by male roles attempting to tame the uncivilized, and to subdue and master it. And as we all know, her predestined death reinforces the oppression of women by men. 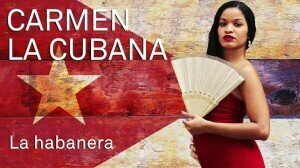 Ingeniously, the musical devices used in Bizet’s score cleverly depict much of this gender battle, not to mention the seductive, exotic and sexual focus on Carmen’s body. There is nothing in music that get’s those hips moving like the famous rhythmic pattern of the Habañera, a dance originating in the Cuban capital Havana. Despite oozing with sensuality and sex appeal, some of the finer details of Carmen’s musical characterizations and interactions are left to your active imagination.

If you are planning to take in the contemporary musical “Carmen La Cubana,” there is absolutely no need to bring your imagination to the theater. The show is set against the turmoil of the Cuban Revolution of 1958, and features everything from glitzy nightclubs and prostitutes, to boxing rings and dancers bumping and grinding their way through the show. And it has to be said, Luna Manzanares Nardo is probably the sexiest Carmen ever! As you might have guessed, part of this heavy-handed emphasis on the flesh has to do with the musical characterization. Bizet’s music is still there, but it has been subsumed by the infusion of a hefty potion of salsa, mambo, rumba, and cha-cha-cha. 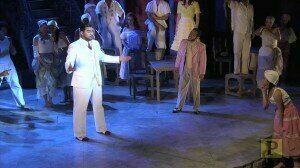 Compared to the Cuban Carmen, the role of Carmen Jones from the 1943 Broadway production and subsequent motion picture—placing the opera into an ethnic if less exotic context—is made to feel like a recent graduate from a convent school. All that musical tweaking has had the additional, and possibly intended side effect of making the male protagonists less masculine. Even the famous Toreador Song has become effeminate, with his hips moving in unison with hers! Not particularly profound, but good Zeitgeist fun nevertheless.