“My Domain Is Vocal Music” 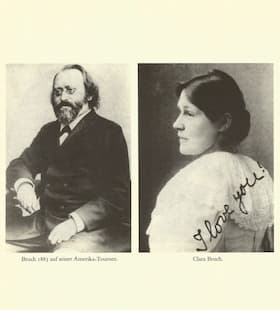 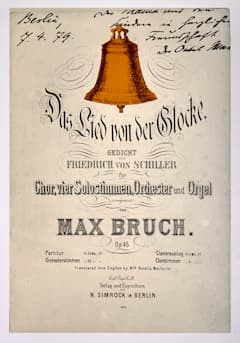 During August 1878 he was appointed as music director of the Berlin Choral Association, a post that accorded him the opportunity to travel freely. Bruch was drawn to the British Isles, in particular the cities of Liverpool and Birmingham. He had been invited to Liverpool for the first time in 1877 for a performance of Odysseus, and then once again in 1879 for a performance of Das Lied von der Glocke. That performance ultimately led to his appointment as the director of the Liverpool Philharmonic Society. He took on his post in the spring of 1880, and while on tour in Germany during the summer months he became acquainted and fell in love with the alto Clara Tuczek (1854-1919). And by 22 August 1880, the couple officially announced their engagement. 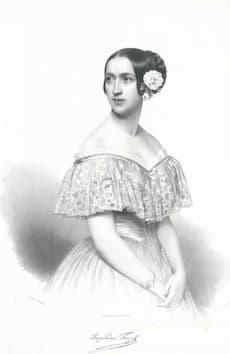 Clara Tuczek came from a long and illustrious line of Bohemian musicians. Her aunt Leopoldine Tuczek—daughter of the composer and music teacher Franz Tuczek—studied at the Conservatory in Vienna between 1829 and 1834. She made her stage debut on 7 August 1836 in a Joseph Weigl opera, and also took part in the world premiere of Giacomo Meyerbeer’s Singspiel “A Camp in Silesia” in 1844. In 1841 she moved to Berlin, where she became the leading soprano at the court opera for 20 years. Eventually she earned the title of “Royal Kammersängerin,” and Otto Nicolai created the role of Mrs. Ford in his “Merry Wives of Windsor” specifically for her. She also became a famous interpreter of works by Carl Loewe on the concert stage. The entire family was highly musical, and her brother Philipp was a composer and violinist in the Berlin court orchestra, while her niece Felicia was a student of Clara Schumann and worked as a pianist and composer. Her other niece Clara grew up in Berlin and was trained as a singer. She was well known in Berlin as concert singer. When Leopoldine retired from the stage in 1861, she sang in a festive retirement gala dedicated to her, and a young composer by the name of Max Bruch was in the audience. 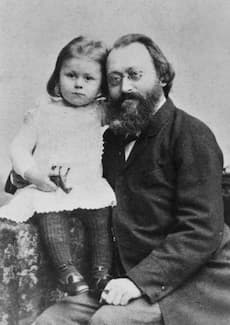 Max Bruch with his daughter Margaretha

Twenty years later, Max Bruch married Clara Tuczek in Berlin on 3 January 1881. There seems to be a good bit of confusion on social media as to Clara’s age. According to some popular posts, she was only 16 years of age when she married Max, having supposedly been born in 1864. That date of birth, however, cannot be verified. Rather, it seems much more plausible that Clara was actually born on 15 February 1854, and that she was 26 at the time of her marriage. At any rate, the newlyweds returned to Liverpool and took lodgings in Sefton Park. Their daughter Margaretha—later to become a published author and fiery advocate of her father’s music—was born in Liverpool on 29 August 1882. Contemporary voices described Bruch as “humorless, arrogant, egotistical and unable to warm the hearts of his players.” It seems that his stern professional attitude also filtered into his personal life. For one, he demanded that Clara give up her singing career and become a housewife. Apparently Clara did ignore her husband and sang anyway, mostly in performances conducted by her husband. Bruch’s position in Liverpool became untenable and was characterized by heated battles with players and critics. As early as January 1883, he committed himself to a position in Breslau. He wrote to his publisher Fritz Simrock, “I have my stronghold, my house, my dear wife, my child, and good friends in all parts of the world; in Germany as well as in England and America. I care less and less about false friends or opponents, and just laugh at their farcical comedy of errors.” 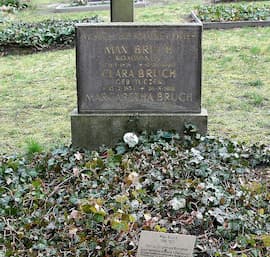 Max Felix Bruch was born on 31 May 1884 in Breslau and showed great aptitude for music at an early age. Initially trained by his father, Max Felix progressed from a competent clarinetist to an expert performer. Bruch became deeply interested in the sonority of the clarinet, and in 1910 he composed 8 Pieces for clarinet, viola and piano. He followed up with a “Double Concerto,” Op. 88 for clarinet, viola and orchestra. Premiered in 1912, the work was described as “harmless, weak, unexciting, first and foremost too restrained, and its effect is unoriginal.” We can probably better understand this scathing review if we keep in mind that Stravinsky’s Sacre du Printemps premiered only 2 years later! Sadly, Max Felix did not continue his musical career but became a salesperson for a record company. Max and Clara had two further sons; Hans showed great talent as a painter, but sadly, he died at the beginning of a promising career of blood poisoning at the age of 26. Their youngest son Ewald became a police officer, and he fastidiously collected his father’s musical scores and manuscripts, which he bequeathed to the Institute of Musicology at the University of Cologne. Max Bruch died in his house in Berlin in 1920. He was buried, next to his wife Clara, who had sadly died on 26 August the previous year. Both are buried at the Old St. Matthäus churchyard at Berlin-Schöneberg.