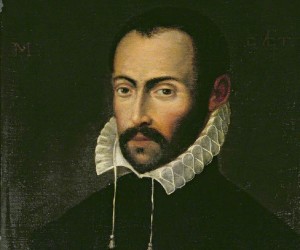 According to popular legend, Orlande de Lassus, born in 1530 or 1532 in the Franco-Flemish province of Hainaut, was abducted three times because of the beauty of his voice! Probably pure fabrication, it nevertheless provides a fictional narrative that explains how the 12-year-old boy came to be in the services of Ferrante Gonzaga of Mantua! In subsequent years Orlande crisscrossed Italy, spending time in Milan, Naples and Rome before joining the court of Duke Albrecht V of Bavaria in Munich. All along the way he composed prolifically, and his music was published in Venice, Rome and Antwerp. In fact, the mature polyphonic style of his music made him one of the most famous and influential musicians in Europe at the end of the 16th century. In all, well over 2,000 works in all Latin, French, Italian and German vocal genres known during his times have survived. Somewhat surprisingly, he left no instrumental music even though that type of artistic expression was becoming all the rage throughout Europe.

The Duke of Bavaria was desperately trying to create a musical establishment equal to the major courts in Italy. And I suppose, hiring the most famous composer of his days went a long way in realizing this royal vision. The Venetian composers Andrea and Giovanni Gabrieli traveled to Munich to study with Lassus, and Pope Gregory XIII knighted him in 1571. Various kings and aristocrats tried to lure him away from Munich with attractive financial offers, but Lassus was evidently quite happy in Bavaria. When the Duke of Saxony offered him a substantial position in Dresden, Lassus responded, “I do not want to leave my house, my garden, and the other good things in Munich.” Among those other things was his wife Regina Wäckinger, daughter of a maid of honor of the Duchess. And of course, they had two sons who would inherit the musical DNA of their famous father.

Orlande de Lassus: Penitential Psalms, “Beati quorum remissae sunt,” (Happy the man whose offense is forgiven), Psalm 32
Ferdinand de Lassus, eldest son of Orlande was born in Munich around 1560. Undoubtedly he received his musical education from his father and entered the Bavarian court chapel as a full member in 1583. After a temporary employment with Count Friedrich IV of Hohenzollern-Heching, he returned to the Munich Hofkapelle and eventually became its director in 1602. His marriage produced eight children, including Ferdinand junior, who would study in Rome and became Kapellmeister in Munich from 1616 to 1629. According to scholars, Ferdinand’s music was different in style from his father’s by “showing some turn-of-the-century musical characteristics.” Ferdinand died at the age of 49 after a long illness. Together with his brother Rudolph, he printed two collections of music in 1595 and 1601, respectively, in which the two sons interspersed their own works with those of their father.

His second son, Rudolph de Lassus, also inherited Orlande’s musical genes. Born around 1563, he followed the path of his older brother and entered the Bavarian court chapel in 1585. In time, he became the first organist at the court and remained in that post until his death. The musical influence of his father remained a guiding principle, although he composed works making use of thoroughbass and of soprano duets in the style of the early 17th century. In 1604, ten years after his father’s death he collaborated with his brother Ferdinand and attempted to publish a complete edition of their father’s motets. The Magnum opus musicum is a vast anthology of more than seven hundred motets from three to twelve parts. Rudolph, so it is written, “was a fairly prolific composer and may deserve study aside from the matter of his father’s influence.”