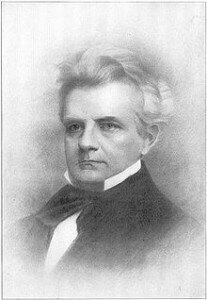 It’s not an exaggeration to declare that the Mason family decidedly and uniquely contributed to American music during the 19th and early 20th centuries. The patriarch Lowell Mason (1792-1872) was a significant composer of church music, including many original hymns. As a strong advocate and educator of classical music, he was primarily responsible for introducing music into the public school. Born in New England, Lowell moved to Georgia and experienced the “Great Awakening conversion experience.” He saw music as a way to spread Presbyterian evangelicalism, and began to harmonize and compile hymn tunes into a collection of church music. Published by the Boston Handel and Haydn Society in 1822, the collection saw no less than 18 editions and established his reputation. Lowell returned to Boston in 1827 and worked tireless for the inclusion of music into the public school curriculum. His success generated interest throughout the country, and Mason published a guide for teachers of music in 1834. It is thought that Lowell Mason composed almost 600 hymns, published in a series of 38 anthologies of sacred music.

Music was in the blood of the Mason family. Lowell’s youngest brother Timothy Battelle Mason was a respected church musician, music educator and editor of sacred music active in Cincinnati. Together with William F. Colburn he founded a publishing company, and issued a number of anthologies by his older brother. On 3 September 1817, Lowell Mason married Miss Abigail Gregory in Westborough, Massachusetts, and he passed on the musical genome to his sons. 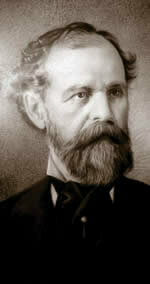 Daniel Gregory Mason (1820-1869) attended Yale College and together with his brother Lowell Mason Jr. (1823-1885) joined Henry W. Low of Brooklyn, New York, in a publishing venture. The Mason Brothers became well known publishers of secular and religious music, school textbooks, and music periodicals. After Daniel Gregory’s unexpected death, Lowell Jr. took over the publishing company and also succeeded his other brother Henry Mason (1831-1890) as the president of the musical instrument manufacturer Mason & Hamlin. Henry had founded this venerated company in 1853, first producing melodeons, then larger organs, and in 1883 they began to manufacture pianos. 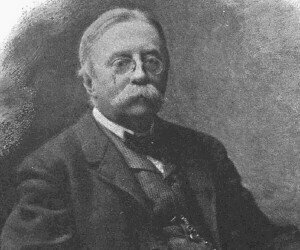 William Mason (1829-1908) was born the third of four sons to Lowell and Abigail Mason. William showed an early proclivity towards music, and began to study piano and organ with his father. He continued his studies with Henry Schmidt, and appeared in a number of concerts before departing for Europe in 1849. He studied with Moscheles, Hauptmann, and Richter in Leipzig, Dreyschock in Prague, and Liszt in Weimar. He even chronicled his year in the Liszt circle in his book Memories of a Musical Life. Once he returned to the United States in 1854, he embarked on a lengthy concert tour giving solo recitals across the country. Within a year, however, he decided that the life of a touring virtuoso was intellectually and musically unfruitful and he settled in New York City. He founded the Mason-Thomas Quartette, which presented a number of world and U.S. premiers, including Brahms’ Opus. 8. A respected piano pedagogue, he wrote several pedagogical works and countless articles. In all, William Mason composed roughly 50 short piano compositions, and a number of sacred and secular choral works. 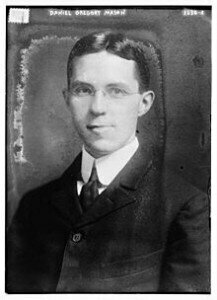 As you might rightfully have expected, the Mason musical genome was passed to the next generation. Daniel Gregory Mason (1873-1953) was the son of Henry Mason, grandson to Lowell Mason Senior. At age 12 he wrote, “I go for something higher than this world—for music—the highest of all arts, more than an art—a sublime purpose.” Daniel Gregory subsequently graduated from Harvard University, and he studied composition with Vincent D’Indy in Paris. Eventually he became a Lecturer of Music at Columbia University. In his compositions, Mason adhered to a later Romantic style, tinged with traces of Impressionism. With Brahms serving as his model, he was probably most successful in the chamber music medium, and his String Quartet on Negro Themes is reasonably well known. He also composed a song cycle for voice and orchestra, and a number of orchestral works including concert overtures and symphonies. He could never come to terms with musical modernism, and he was certainly not shy in expressing his musical and political convictions.

Daniel Gregory Mason: Prelude and Fugue for Piano and Orchestra