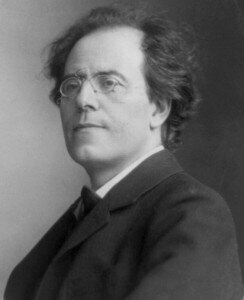 While putting the finishing touches on the menacing finale of his Sixth Symphony in the summer of 1904, Gustav Mahler (1860-1911) also drafted two central “Nachtmusiken” (Music of the Night) that would eventually become the second and fourth movements of his Seventh Symphony. After a busy year in Vienna and elsewhere, the family once more returned to the lake district of Carinthia. Yet somehow, Mahler was unable to continue his work on this new composition. Confiding in his wife Alma, Mahler suggested that in terms of composition he was completely dependent on spontaneity. “If I was supposed to or had to compose, I probably would not manage to write a single note.” 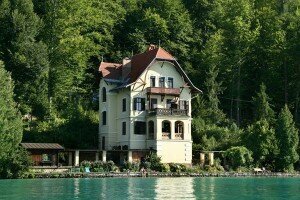 In order to regain inspiration, he took long walks in the countryside and even scaled some mountains in the Dolomites. Resigned that his whole summer would be wasted, the frustrated composer returned home. The last leg of his trip was taken by rowboat, which ferried him across the lake. “At the first stroke of the oars,” he reported to Alma, “I hit upon the theme—or rather the rhythm and the style—of the introduction to the first movement.” Within a month, Mahler completed three movements, and he put the finishing touches on the symphony in August 1905, and worked out the orchestration in 1906. 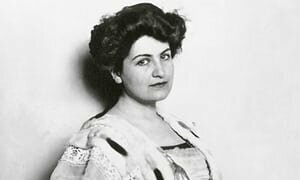 Mahler’s Seventh premiered in Prague on 19 September 1908, and since the composer refused to provide programmatic explanations, it was unpopular from the get go.
Somewhat surprisingly, it was Arnold Schoenberg—by no means a great admirer of Mahler’s music—who leapt to the defense of the work. In a personal letter, dating from 1909, Schoenberg writes: “I had less than before the feeling of that sensational intensity which excites and lashes on one, which in a word moves the listener in such a way as to make him lose balance without giving him anything in its place. On the contrary, I had the impression of perfect repose based on perfect harmony… I have put you with the classical composers, but as one who to me is still a pioneer.” Purely instrumental, enigmatic and predominantly abstract, it clearly foreshadows the modern classical conception of “absolute music.” In a word, Mahler’s Seventh is “utterly pure music.”