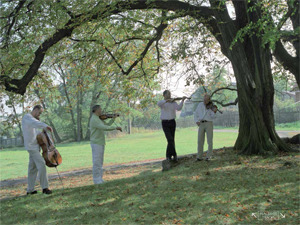 Felix Mendelssohn (1809 — 1847) started writing string quartets at a very early age – always precocious, he composed his String Quartet in E flat major in 1823, when he was just 14 (although it was not published until 50 years after his death). His final string quartet was the last major piece he completed before his death; he dedicated it to his recently-deceased, beloved older sister, calling it “Requiem for Fanny.”

One of the most important influences in Mendelssohn’s career wasn’t his contemporaries but J.S. Bach – Mendelssohn was important in the revival of interest in Bach, sparked most probably by his great-aunt, Sarah Levy. Levy (1791-1854) was a talented keyboard player and the favorite pupil of W.F. Bach, J.S. Bach’s eldest son. She also knew C.P.E. Bach, the second son of J.S.; she performed the harpsichord part at the premiere of his Concerto for Fortepiano and Harpsichord, and may have even commissioned the piece. What we see in Mendelssohn is the same kind of tonal clarity and certainly a much higher accomplishment in counterpoint in his writing.

Starting from his first string quartet in E flat major (unnumbered) we see the final movement is a fugue, but it’s a light playful thing, not the often lugubrious fugue we see in composers who are obedient to the letter, but don’t have the creative touch of the teenage composer. 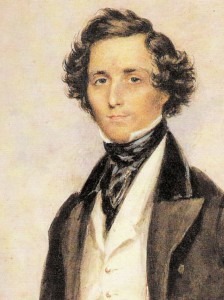 His first numbers quartet, String Quartet No. 1 in E flat major, was written at age 20. In even the opening movement, we sense a new maturity, and even after the slow Adagio opening, the Allegro maintains an interesting degree of solemnity

Mendelssohn: String Quartet No. 1 in E-Flat Major, MWV R25: I. Adagio non troppo – Allegro non tardante (Talich Quartet)
Now, just to complicate things, the numbered String Quartet No. 2 in A minor, was actually written 2 years before the numbered String Quartet No. 1. It is one of the best known of the quartets, with a strong influence of Beethoven. The story is that Mendelssohn started composing this work when he heard of the death of Beethoven and used a compositional technique that Beethoven had also used in his Op. 135 quartet. Just as Beethoven based his quartet on the question “Muss es sein?” (Must it be?), Mendelssohn took the text “Ist es wahr?” (Is it true) as his motto. Mendelssohn had written a song for baritone and piano on this poem by J.G. Droyson earlier in the year and now took a three-note motif from the song and used it in every movement. You’ll hear it as the first 3 notes of the first movement and then in every other movement. By this simple gesture, Mendelssohn created a tight world within the string quartet that might even be reminiscent of Haydn’s works, but because this is Mendelssohn, places it securely in a romantic context.

Mendelssohn: String Quartet No. 2 in A Minor, Op. 13, MWV R22: I. Adagio (Talich Quartet)
Mendelssohn’s next three string quartets form a group known as Op. 44, written in 1838, all of which were dedicated to the Crown Prince of Sweden. We can look at these as reflecting his development in chamber music writing a decade after his first attempt, but again, we have to look at them reverse order – Op. 44, No. 1 was the last to be written! This quartets are where we see Mendelssohn emerge from the overriding influence of Beethoven and achieve his own voice in the genre. Listen in particular to the Scherzo movement of Op. 44, No. 2.

Mendelssohn: String Quartet No. 4 in E Minor, Op. 44. No. 2, MWV R30: II. Scherzo: Allegro di molto. (Talich Quartet)
Mendelssohn’s last string quartet, written two months before his death, and received its first public performance a year after his death, with Joseph Joachim playing violin I. It is in this final string quartet that we have the culmination of what came before: dramatic openings, command of the timbre of the quartet, and a musical command that made the string quartet almost a new genre through this work. Written as a ‘Requiem for Fanny’ after his older sister’s sudden death in May 1847, the quartet is determinedly dark, relieved only by the major key of the third movement.

Mendelssohn: String Quartet No. 6 in F Minor, Op. 80, MWV R30: I. Allegro vivace assai (Talich Quartet)
Through this examination of Mendelssohn and the String Quartet, we’ve been looking as a recording by the Talich Quartet. The recording closes with the four orphan string quartet movements posthumously collected as Op. 81 by the publisher Julius Rietz. Two movements were originally intended for a quartet that was abandoned when Mendelssohn started work on Quartet No. 6 after news of his sister’s death.

Mendelssohn: Scherzo in A Minor, Op. 81, No. 2, MWV R35 (Talich Quartet)
When you listen to this last Scherzo, the lightness of Mendelssohn’s spirit comes to the fore and it also harks back to the dancing quality of his youthful music for A Midsummer’s Night Dream. The Talich Quartet’s 2001 / 2003 recording does justice to the string quartets of Mendelssohn, although I don’t find the String Quartet No. 2 as compelling as it might be, wanting for a more definitive bite on the music than I find here. Through this recording, you can discover the unfolding talent of Mendelssohn, down to the last abandoned movements left unfinished at his death. 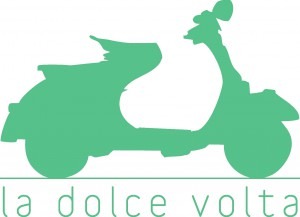