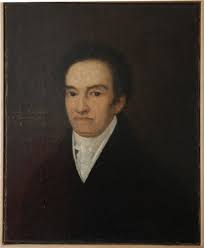 As a freelance musician, Ludwig van B. was always looking for ways to make money. The dedication of works to nobility and/or friends, although a rather uncertain source of income, was one possible revenue stream. However, much depended on the goodwill of the dedicatee, and rather than sending money, payment might be a watch, a piece of silverware or a snuffbox. When Beethoven dedicated his Ninth Symphony to the King of Prussia, he sent him a ring with “a reddish stone that Beethoven quickly pawned for 300 florins.” Ludwig van B. frequently dedicated pieces out of friendship rather than for hope of money. And he got furious if a titled friend sent him money in return for a dedication he had made from friendship. “I am angry, angry, angry,” he wrote to his friend Nikolaus Zmeskall von Domanovecz—an official in the Hungarian royal court—for sending him money in return for the dedication of the Op. 95 String Quartet. “I cannot tell you in writing how much this present pains me,” Beethoven indignantly wrote. Zmeskall (1759-1833), a competent cellist, had been one of Beethoven’s earliest friends in Vienna. He entertained regular chamber music gatherings at his house, and over the course of their long friendship, they exchanged more than 100 letters and notes. They also enjoyed meeting in a local tavern called “The Swan” over drinks, and exchanged gossip, discussed books, and schemed how to best dismiss willful servants. 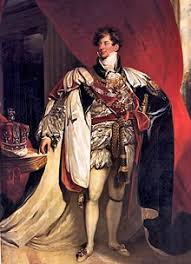 Johannes Maelzel, primarily known as the inventor of the metronome, asked Beethoven to write a piece for his newest invention. The “Panharmonicon” was a kind of mechanical orchestra arranged to work on the principle of a barrel organ. Beethoven went to work and wrote a bombastic piece of program music depicting Wellington’s military victory over Napoleon at Vittoria on 21 June 1813. He soon made a version for orchestra, which set off his own battle with Maelzel over ownership rights to the work. In the event, this “battle piece” is full of patriotic tunes, military tattoos, fanfares, and marches, and in one arrangement it even included offstage cannons. It became immediately popular with the general population, but critics slammed it. The composer himself vigorously defended the work, and in response to a particularly nasty assessment Beethoven wrote, “what I shit is better than anything you could ever think up!” At any rate, Beethoven dedicated Wellington’s Victory to the Prince Regent of Wales, later King George IV. Beethoven’s dedication was ignored for almost ten years, but finally he did received a royal thanks. The king sent him 600 pounds sterling, roughly 6,600 florins, and thus the “Battle Symphony” became one of Beethoven’s most financially rewarding compositions. 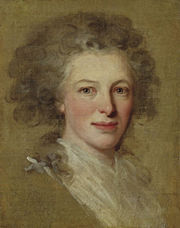 It is rather unusual for a set of works published under a single opus number to carry individual dedications. But such is the case with Beethoven’s Piano Sonatas Op. 27. The E-flat Sonata carries a dedication to Princess Josephine von Liechtenstein, wife of General Field-Marshal and reigning Prince von Liechtenstein. She gained fame by meeting Napoleon at Schönbrunn in 1809, when the emperor avenged an insult offered to the Princess by one of his majors. Beethoven had met her earlier at the home of Count Lichnowsky, and like a good many other noble ladies, she became a student of his. They remained on friendly terms, and Beethoven was not shy of writing her a letter in 1805 on behalf of his student Ferdinand Ries. “Forgive me, most noble Princess,” he writes, “Poor Ries, my pupil is compelled to shoulder a musket in this calamitous war, and at once, as a foreigner, to leave this city in a few days. He has nothing, nothing at all, and must take a long journey. In these circumstances all opportunity for a concert is impossible. Since he must have recourse to benevolence, I commend him to your notice.” For one reason or another, this letter was not delivered and Ries preserved it as proof of Beethoven’s friendship. 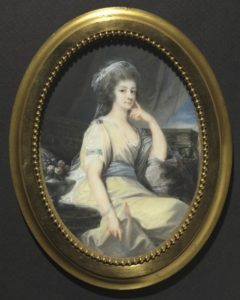 Beethoven conceived his Op. 11 Trio for the combination of clarinet, cello and piano in late 1797 or 1798. Far from being naïve, he dedicated the work to Countess Maria Wilhelmine von Thun (1744-1800), the mother-in-law of two of Beethoven’s most influential patrons, Prince Karl Lichnowsky and Count Andreas Razumovsky. The Countess maintained a musically and intellectually outstanding salon, which was described as “a focal point of the musical and social life of the Viennese aristocracy.” She took piano lessons from an early age, and the traveling musicologist Charles Burney praised her harpsichord playing, writing, “she possesses a great skill in music as any person of distinction I ever knew.” It has been suggested that she might also have studied with Joseph Haydn, but it is certain that Mozart frequently performed in her house. As he wrote to his father in 1781, “The Countess is the most charming and lovable lady I have ever met, and I am very high in her favor.”