Features
The Marsalis Brothers and Other Siblings in Classical Music
by Georg Predota February 3rd, 2020 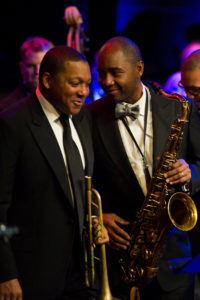 Music is decidedly part of the Marsalis family DNA. Wynton is a virtuoso trumpeter, composer and artistic director of Jazz at Lincoln Center, while Branford is a virtuoso saxophonist, composer and bandleader. Their father Ellis Marsalis Jr. is a world-renowned jazz pianist, and their brother Delfeayo is a trombonist while Jason is a drummer. And while this exceptional family is highly active in the field of Jazz, Wynton and Branford are also known on the Classical stage.

In fact, Wynton intended to pursue a career in classical music, and he performed the famous Haydn trumpet concerto with the New Orleans Philharmonic at age fourteen. He eventually focused on a career in Jazz, but he was the only musician ever to win Grammy Awards in Jazz and Classical music during the same year. Branford is primarily known for his work in Jazz as the leader of the Branford Marsalis Quartet, and early in his career he performed together with his brother Wynton. Eventually Branford incorporated Classical projects in his performing schedule, and he made his debut with the NY Philharmonic in Glazunov’s Concerto for Alto Saxophone. And as you can plainly hear, both have serious classical chops. 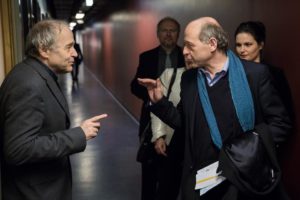 The conductors Iván and Ádám Fischer were born into a musical family of Jewish heritage in Hungary. Growing up under the age of communism, Ivan studied piano, violin, cello and composition in Budapest, while Adam eventually moved to Vienna to study conducting under Hans Swarowsky. He also studied cello and early music, and worked as an assistant to Nikolaus Harnoncourt. Ivan won a conducting competition in London in 1976, and after establishing a successful career abroad, returned to Hungary and founded the “Budapest Festival Orchestra.” Over the past decades he molded the ensemble into a world-class orchestra, known for its incredible vivid performances. You may also know that Ivan Fischer is a versatile composer, who prefers to write works for intimate groups of human voices and instruments. Adam, meanwhile, founded the Wagner Festival in Budapest and the Haydn Festival in Eisenstadt. He also established the “Austro-Hungarian Haydn Orchestra” currently based in London, which recorded the complete Haydn symphonies. More recently, Adam dedicated himself to the complete works of Gustav Mahler and a wide variety of operatic projects. 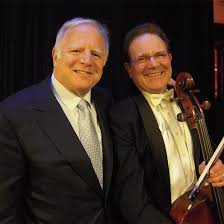 You may well ask what Leonard Slatkin and Frederick Zlotkin have in common. You might know Leonard as a conductor, author and composer, and Frederick as an eminent cellist. Yet, beyond the fact that they are both incredibly active in the world of Classical music, they are brothers. The brothers were born into a musical Russian-Jewish family originally at home in Ukraine. Their grandfather was a cellist, and when he came to America he founded the Russian Symphony Orchestra in the early 1900s. Father Felix was a violinist, conductor and founder of the Hollywood String Quartet, and mother Eleanor Aller was the cellist with the quartet. And while Leonard retained the Anglicized family name, Frederick changed his last name to reflect the original spelling. In the event, Leonard studied at Indiana University and eventually Juilliard before embarking on a stellar international conducting career. Frederick studied with Gregor Piatigorsky and Leonard Rose before winning the international Music Competition at Geneva. Frederick might not always be as visible as his brother, as he has recorded for hundreds of motion pictures. In 2002, the brothers finally came together and produced a special recording of Korngold’s Cello Concerto in honor of their mother. 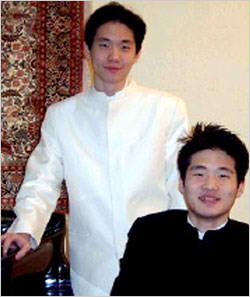 Sibling rivalry can be intense, just think of Cain and Abel. It seems that from the very beginnings of human history siblings have not just bickered and argued, but actually fought and gone to war against each other in the pursuit of wealth and power. There is no such drama in the history of Korean pianists Lim Dong-Min and Lim Dong-Hyek, but they surely are competing against each other. In fact, the brothers entered the 2005 International Fryderyk Chopin Piano Competition and tied for third place. Dong-Min initially studied at the Moscow Conservatory before coming to New York and studying with Richard Goode at Mannes College. Dong-Hyek, meanwhile, received his training in Hanover, Germany, and subsequently became a student of Emmanuel Ax at Juilliard. Dong-Min and Dong-Hyek have contrasting personalities and performing styles. Dong-Min’s playing is introvert and flexible, while his brother prefers a more extrovert and highly technical performance style.