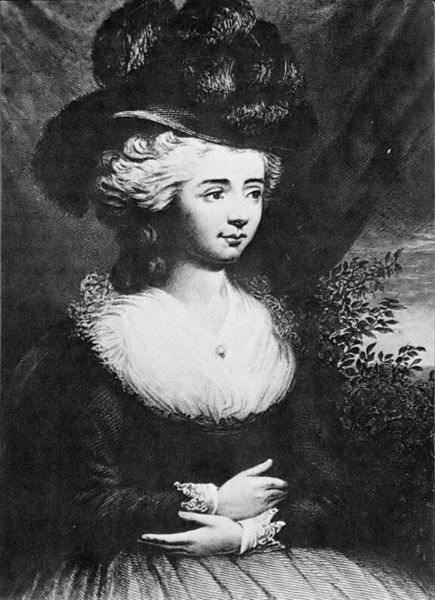 In 1990, the average size of individual households in the industrialized word ranged from a low 2.1 individuals in Sweden to a high of 3.1 in Ireland. According to this study, the group of 7 countries that make up the G7 averaged a meager 2.54. Things have certainly changed, as large families used to be commonplace in Europe. Take for example the family of the eminent musician, scholar and historian Charles Burney. By 1784, the household comprised his second wife Elizabeth Allen, along with their combined household of six children from Charles’s first marriage to Esther Sleepe and two much younger children from his second. Elisabeth also contributed three children from her first marriage. It was the great lexicographer and essayist Samuel Johnson who wrote about the Burney’s, “I love all of that breed whom I can be said to know, and one or two whom I hardly know I love upon credit, and love them because they love each other.”

This rather large family was drawn together by two very simple aspects. One was the powerful personality of their father, and the other a shared love for writing letters and diaries. These daily journals were habitually shared amongst all members of the family, and between them, the Burney’s left behind more than 10,000 items of correspondence. Daily life was not that different from our own, as “Dr. Burney is mugged, the house is burgled, and his daughters fall out with their stepmother. His younger son is expelled from Cambridge for petty theft, another is reprimanded by the Admiralty for insubordination.” We gleam the secrets of vegetarian diets, herbs and potions, dressing and grooming alongside the excitement of getting ready for a masquerade ball. Although these vivid descriptions were shared household commodities, they nevertheless disclose an acute awareness of their potential historical significance.

For one reason or another, the Burney’s seemed to be at the right place at the right time. Father Charles was able to visit Voltaire at his home in Ferney in Switzerland, while daughter Susan befriended Paccierotti, the leading Italian castrato of his time. “Charles junior exchanged Latin epigrams with William Hazlitt, one of the greatest art critics of his age. James sailed to the South Seas with Captain Cook, and Sarah Harriet spend her winters in Rome in the company of the poets Walter Savage Landor and Henry Crabb Robinson, friend of Wordsworth and Coleridge.” Not to be outdone, son Richard set up a school for orphan children in Calcutta. But it was Frances—lovingly known as Fanny or Fannikin to her family—who achieved lasting fame by writing four novels, eight plays, one biography and twenty volumes of journals and letters.

Frances was the third child in a family of six. Her father was working for the Squire Fulke Greville when he fell in love with Esther Sleepe. The daughter of a French refugee named Dubois, Esther was described as a woman of “warmth and intelligence.” When Greville prepared for a lengthy stay in Europe, Burney was expected to accompany him. However, Burney did not wish to leave Esther as she was carrying their first child. So he begged for his release from Greville’s services and married the woman of his dreams on 25 June 1749. Financial difficulties soon followed, and Burney took a post as organist at St. Margaret’s at Lynn, bitterly lamenting his exile from the capital to this provincial backwater and a “congregation of musical ignoramuses.” The growing family was soon able to move up in the world, and the children managed to develop their talents accordingly. Except for Fanny, who was shortsighted and shy and spoke little and blushed readily. Her father later recalled that she was “wholly unnoticed in the nursery for any talents or quickness of study; indeed at eight years old she did not know her letters.” Once she had mastered the alphabet, however, she taught herself French and Italian and started “on a lifetime’s compulsive writing.”

The family was able to move back to London in 1760, however, Esther Burney had fallen gravely ill. Treatments at Bath and Bristol Hot Wells were unsuccessful, and Esther died in September 1762, three months after Frances’s tenth birthday. Charles was plunged into deep grief, but found solace in writing melancholy verses to his wife’s memory. Equally, Frances was devastated by her mother’s death. Naturally, she sought solace and reassurance from her father but was simultaneously terrified of his disapproval of her writings. Her publication of Evelina appeared without his knowledge, and her marriage in 1793 took place without her father’s approval or presence. Maybe she was paying him back for his elopement with the handsome widow Mrs. Stephen Allen in 1767. Read more on this in our next episode.