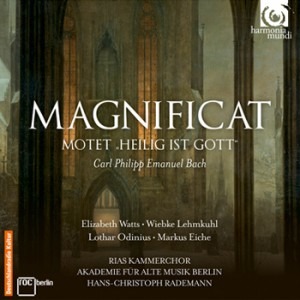 On 9 April 1786, Carl Philipp Emanuel Bach conducted a charity concert in Hamburg featuring three of his finest and most representative works: the Symphony Wq 183/1 (1780), the Magnificat written in 1749 in the hope of succeeding his father as Kantor in Leipzig, and finally the stupendous Heilig (1776) for double choir, of which he wrote: ‘It will be my swansong of this kind, and will serve to ensure that I shall not soon be forgotten after my death.’ He was right: 300 years after his birth, this CD with the same programme proves as much.