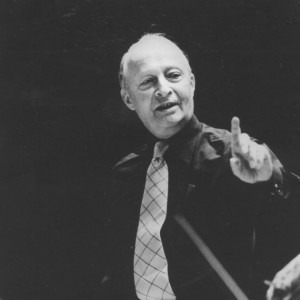 Although Witold Lutosławski experimented with serial and post-serial techniques, he always found the results rather unsatisfactory. This was particularly true of compositions utilizing the human voice. Awkward intervals and highly complex rhythms demanded a high degree of technical proficiency, and in choral compositions, “resulted in a highly doubtful sound.”

When Slavko Zlatić, director of the Zagreb Radio Choir commissioned Lutosławski to compose a choral piece for the Music Biennale Zagreb Contemporary Music Festival in 1963, he created a piece that thoughtfully reexamined the choral medium, utilized words as meaning and explored new and unique sonic resources. Trois poèmes d’Henri Michaux was immediately recognized as a highly original composition of undeniable force, and it instantaneously made Lutosławski a household name among the artistic avant-garde. For only the second time, Lutosławski employed a technique that he in later years called “limited aleatorism.” Fancy words for a rather simple concept that allows performers a certain degree of freedom in interpreting the rhythmic values of their parts. Although the precise rhythmic coordination is missing, the composer still controls the texture. He knows exactly what pitches will be used, but not in what combination or at what speed. This technique has been described as “controlled chaos” as the composer never relinquishes control over form and structure. However, Lutosławski made it blatantly clear, that he was not giving musicians the license to improvise. “Each performer is gifted with a much greater abundance of potentialities than those required by a purely abstractly conceived musical score. And it’s this abundance of potentialities concealed within the individual psyche of each performer that I wish to include in the repertory of my compositional methods. I am not counting at all on the creative talents of the performers, as I believe in a clear delineation of duties between composer and performers, and I have no wish to surrender even the smallest part of my claim to authorship of even the shortest passage of the music, which I have written.” 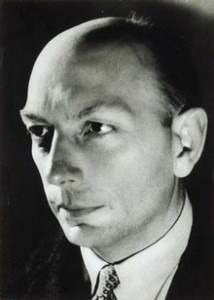 Lutosławski took great care in selecting three poems by Henri Michaux, as his verses project a great sense of musicality, “involving both a plan of sonority and a manner of organizing time.” Furthermore, these movements follow the principles of classical tragedy, as the first poem “Pensées” reflects on the fallibility of human thought. “Le Grand Combat” represents an escalation of conflict and the inevitability of disaster, while the concluding poem “Repos dans le malheur” signals melancholic resignation and relief. In a series of drafts and sketches of increasing sophistication, the composer linked the overall concept of form with the subdivisions of the text. The finished composition calls for twenty solo voices and an ensemble of ten woodwinds, six brass, harp, two pianos, and four percussionists performing on a large assortment of instruments. The work uses two scores, one for the voices and one for the instruments. As such, and somewhat unusually, Lutosławski calls for two conductors. Although his concern of the intelligibility of the text was paramount, Lutosławski quickly realized that “the same phrases are sometimes repeated, and it is not necessary that the repetition by intelligible, especially in certain moments of “Grand Combat” where different phrases are shouted at the same time…In “Grand Combat” I have utilized a manner of shouting as nearly natural as possible. And even the notation, which is only approximate since it is not determined by the exact pitch of the sound, but only the register — this notation of register, of rhythms, of accents came to me as an inspiration through the most natural manner of speaking the text with a certain emotional character. It is a furious crowd which comments upon the action by cries and this results in a grand sonic disorder.” Although “Grand Combat” is highly abstract with the choir only producing sounds of an undefined pitch, the underlying meaning is immediately grasped emotionally. Lutosławski’s aim was not to induce chaos but “to restore the pleasure which the performer should feel with the performance of the work.” International acclaim quickly followed and included the Koussevitzky Music Foundation’s Prix Mondial du Disque of 1963, the UNESCO International Rostrum of Composers, and the State Award of 1st degree by the Polish government.