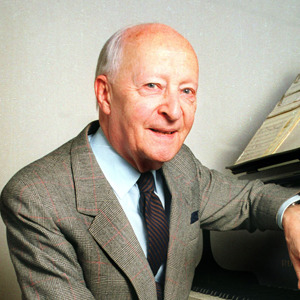 The premier of Witold Lutosławski’s Cello Concerto in 1970 was greeted as “an epic confrontation between an individual and an oppressive mass, in which the cello’s voice is symbolically squashed by outbursts in the brass and orchestral explosions, a staging of the essential tensions of living in a communist system.”

Politically, such simplifications — specifically since the dedicatee, soloist and Soviet defector Mstislav Rostropovich initiated them—made perfect sense during another spike in Cold War tension. It was, after all, fairly common to turn works of art into political footballs, with entire oeuvres examined under an exceedingly narrow microscope. Equally suspect, however, are statements that deny all connections between the social, political and personal dimensions of life with the music composed. Lutosławski, who wrote extensively about his aesthetic directions and his music, famously described his compositions as “purely abstract investigations of the things that music can say, and which are incapable of being expressed by other means.” If you have heard the profound spiritual dimensions of Lutosławski’s music — even though he did not write any explicitly religious or liturgical works — the notion of “abstract investigations” does not entirely ring true. So who was, and what shaped Witold Lutosławski, who is commonly acknowledged as one of the greatest composers of the past half-century? 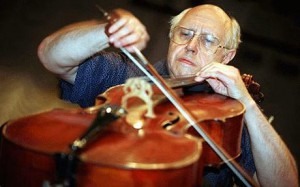 He was born in Warsaw, youngest of three brothers, in 1913. With the outbreak of WW1, the family fled to Moscow and both his father Józef and his brother Marian became politically active. Once the Bolsheviks came to power in 1917, both were arrested, imprisoned and eventually executed in 1918. The surviving family members returned to Warsaw, and Witold took piano and violin lessons at the Warsaw Conservatory. He entered Warsaw University to study mathematics, but abandoned this pursuit in favour of piano performance and composition. His Symphonic Variations were completed and performed in 1939, but the start of WW2 dashed his hopes for further study in Paris. Pressed into military service, Lutosławski was swiftly captured by German forces, yet somehow managed to escape. He returned to Warsaw and made a living performing cabaret songs and piano arrangements in the city’s cafés. In 1948, and coinciding with the Soviet Communist Party Central Committee’s resolution condemning Western formalisms and decadent avant-gardism, the Socialist government in Poland began to impose guidelines for the composition of “official” Polish music. Lutosławski’s Symphony No. 1 was declared unworthy, and the composer turned his attention to patriotic jingles and children’s songs, for which he received awards from the government. The Concerto for Orchestra, composed shortly after Stalin’s death in 1954 remains one of his most popular compositions, but it was the Funeral Music of 1958 — also composed in memory of Béla Bartók — that established his international reputation. Concordantly, as it turns out, Lutosławski was also composing popular songs — waltzes, tangos and foxtrots — under the pseudonym “Derwid.” Lutosławski’s distinctive musical voice, which paradoxically combines compositional freedom with a tightly controlled musical structure, began to emerge in the early 1960’s. Beginning with his Venetian Games of 1961 and extending to his Symphony No. 4, composed shortly before his death in 1994, Lutosławski’s “limited aleatoricism,” in one form or another, permeates his entire mature output. According to scholars, his genius “lies in his ability to write music that makes use of the most advanced modernist techniques, yet remains emotionally accessible and vividly dramatic.” Lutosławski was frequently inspired by particular ensembles and artists, including the London Sinfonietta, Heinz and Ursula Holliger, Dietrich Fischer-Dieskau, Mstislav Rostropovich and Anne-Sophie Mutter. He has been the recipient of numerous prizes and commendations, among them the UNESCO Prize, and Poland’s highest honour, the “Order of the White Eagle.” Lutosławski maintained a frantic conducting schedule, and he was drafting a violin concerto when cancer took his life on 7 February 1994. His wife Danuta survived him by barely two weeks, and both are buried in Warsaw. Lutosławski left not only a substantial musical legacy; his discrete philanthropy also benefited numerous young musicians worldwide. For Lutosławski, writing music was to “go fishing for souls, for whom my music would deeply resonate.” What an incredibly powerful and spiritual way of describing “abstract investigations!”