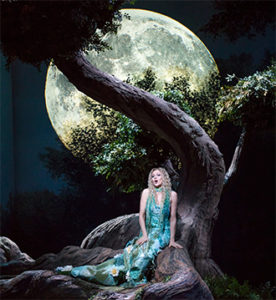 If being locked up under quarantine is getting on your nerves, just imagine how your children feel? In times of uncertainty, the experts suggest that children and young people need as much stability as possible. They look to us on how to deal with the current pandemic, and most importantly, we should re-assure them and keep calm and collected. Professional teachers often notice a slight decline in the literacy rate after long summer breaks, so it is important for them to have time to read daily and then write short summaries. How about a slight variation on that theme? Instead of reading why don’t you listen to musical stories with your children? Then you can imagine together what story the music was trying to tell you. As such, we’ve compiled some music for that purpose starting with Rusalka, a Bohemian Fairy Tale featuring a fabled water nymph and a human prince.

When a marital disagreement between the king and queen of fairies spills into the human realm, it creates a tangle of misdirected spells and misplaced love affairs. With the fairies spreading accidental chaos far and wide, nothing is what it seems in this magical collision of worlds. Fairies, bumbling rustics and moonstruck lovers never really understand what hit them as flowers come alive, trees whisper, and calamitous love potions cause riotous consequences.

Nikolai Rimsky-Korsakov (1844-1908) could scarcely have envisioned that a brief orchestral interlude from his opera The Tale of Tsar Saltan would propel him to international fortune and fame. The opera itself is based on a Russian fairy tale, and the “Flight of the Bumblebee” describes how the magical Swan-Bird changes Prince Gvidon into an insect so that he can visit his father, the Tsar, and tell him that he is still alive.

Originally written for piano duet in 1908, the Mother Goose Suite by Maurice Ravel explores the composer’s fascination with the mysticism of childhood. Inspired and first performed by the talented children of his friend Cyprian Godebski, Ravel quickly orchestrated these five piano pieces, and transformed them into a ballet. Ravel also made a version for symphony orchestra; can you guess what individual movements are all about? 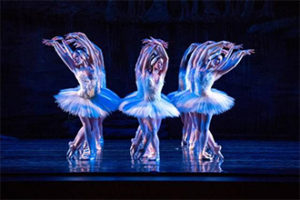 Russian folklore is famously known for its sheer abundance of folk- and fairy tales. One of the most famous tales narrates the story of the princess Odette, who is turned into a swan by an evil sorcerer’s curse. In 1875, this ancient tale served Pyotr Ilyich Tchaikovsky (1840-1893) as the scenario for the composition of his famous Swan Lake ballet. Love triumphs in the end, as Odetta and Siegfried ascend into the heavens together, forever united in love. 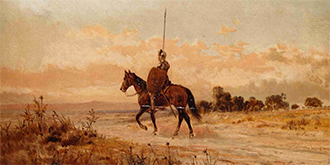 In his tone poem Don Quixote, Richard Strauss musically dramatizes Miguel de Cervantes famous novel of 1605. “Through too little sleep and too much reading of books on knighthood, Don Quixote… has fantasies about enchantments, quarrels, battles, challenges, wooing, loves, storms…“ In Strauss’ reading, Don Quixote is represented by the solo cello, and his sidekick Sancho Panza can be heard in the bass clarinet and tenor tuba. And let’s not forget the horse Rosinante, suggested by motives sounded in the solo viola, alongside the romantic interest Dulcinea, who is heard in a dreamy oboe melody.


The legendary story of Liang Shanbo and Zhu Yingtai, better known as the “Butterfly Lovers,” has long reverberated in traditional Chinese opera. In the musical narrative of The Butterfly Lovers Concerto, the solo violin symbolizing Zhu Yingtai and the cello providing the musical portrayal of Liang Shanbo. We hear melodies from Zhu’s childhood, and soon we experience their first encounter and the gradual blossoming of friendship and love. We hear the struggle against social conventions, and the iconic love duet. Finally we witness the transformation of their souls into butterflies. Stay healthy in body and spirit, and feed your imagination.