A few years ago a friend of mine had an encounter with a cat. Paul Vance, cellist, taught at what was then called Moorhead State University while the cello professor was on a leave-of-absence. The responsibilities included acting as the principal cello of the Fargo-Moorhead Symphony. That year they performed several in-school concerts. The program included Prokofiev’s Peter and the Wolf, and featured members of the Red River Dance Theater. The woman who danced the Cat was lithe, curvaceous, her costume revealing, the choreography riveting and well let’s just say she was the Cat’s Meow. The men couldn’t keep their eyes on the music. Although Paul tried to be discreet, he could not help staring at the cat throughout the Prokofiev. Pauls’ wife was playing as well—in the first violin section. She could not take her eyes off her husband. Immediately after the first performance she dashed over to the cello section, and said, “You watched the Cat for the whole damned concert!” and punched him in the arm. Nonetheless he was looking forward to the next performance, and her nine lives. Meow!

Peter and the Wolf Ballet 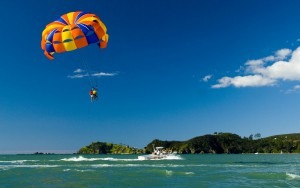 Sometimes musicians tease each other.

On tour I always carried an extra pair of glasses in my cello trunk as I can’t see my hand in front of my face let alone read music. Several years ago the Minnesota Orchestra was on tour to Puerto Rico. My companion decided he just had to try parasailing and we went to the beach at our first opportunity. After a running start he was swished into the air in a kite just as I screamed, “Hang onto your glasses.” Too late. After combing the ocean shore for over an hour unsuccessfully, I led him by the hand back to the hotel. He couldn’t see a thing. We were performing one of his favorites—the five movement, seventy minute, Mahler Symphony No. 5 with the heavenly Adagietto movement itself ten minutes long. Used in the 1971 Visconti film Death in Venice and written as a love song to Mahler’s wife Alma. It is Mahler’s most frequently performed composition and much beloved. My friend hung his head complaining about missing all the concerts because of his dumb excursion. Rubbing it in a colleague said, “Shouldn’t you have all the Mahler Symphonies memorized by now?” 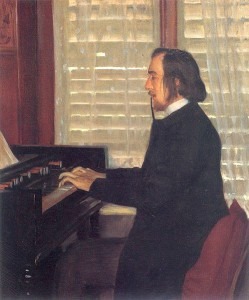 Sometimes colleagues get personal with their comments.

When a member of the Pittsburgh Symphony did a cool slap, jazz bass solo on the program knocking everyone’s socks off, the first chair oboe looked over at him quite stunned. “I didn’t know you had that in you,” she said. “You look more like an undertaker.”

Musicians can identify with getting lost in the music. What a panicky feeling. During a solo a friend lost his place one evening. He was to be commended for the innovative improvisation he tried in the second half of the piece rather than completely give up. Nonetheless it was a horrendous and chaotic mess. Afterward, two colleagues approached him with wild grins on their faces. “Never heard anything quite like that!” they said.

Sometimes a colleague is injured in unusual ways.

Recently Paul Lewis a well-known pianist had just been rehearsing with the Royal Liverpool Philharmonic. As Lewis left the concert hall seagulls swooped down on him grazing his head. Startled as anyone would be, he stumbled and sprained a finger. Regretfully he had to cancel his appearances due to bird-attack injury.

Sometimes we are challenged to perform “Above and Beyond.”

Erik Satie gets the award for the longest piano piece ‘Vexations‘. It consists of a 180-note composition, which is repeated 840 times so that the performance takes 18 hours 40 minutes. Its first public performance was in September 1963, in the Pocket Theater, New York City, but fortunately wasn’t performed by one pianist! There was a relay team—ten pianists. The New York Times critic fell asleep at 4 a.m. while the audience dwindled to six people. At the conclusion, one of the attendees, evidently a masochist, shouted ‘Encore!’

Satie now has a rival. Composer Max Richter has created a piece for audience members who tend to nod off at concerts. Sleep, is an eight-hour piece meant to be heard overnight. The premier of the “lullaby for a frenetic world” Sleep for piano, strings, vocalists and electronics will take place in Berlin this September. The concert is scheduled to begin at midnight but don’t worry about staying awake while listening all night. The audience members will be in beds not concert hall seats. What? No beds for the musicians?