Features
Instruments of the Orchestra II: The Viola
by Maureen Buja February 22nd, 2015 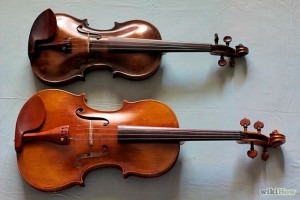 Ah, the poor viola, butt of a thousand jokes (What’s the difference between a violin and a viola? The viola burns longer), but, in the end, provides the warm sound that counteracts the often brittle violin sound. In a string quartet, the viola is the filmic best friend: provides a lot of support but rarely gets the girl (or the melody). In an orchestra, the viola often has a larger role, providing the middle space between the violins and the lower strings.

The viola is built on the same lines as the violin but is slightly larger. The largest common size of the body of a viola is 16.5 inches (419 mm) whereas the violin is 14 inches (358 mm).

Its warm, low sound can be a luxurious addition to the high string sound. In the Baroque era, the viola was largely used for filling in harmonies. In Bach’s Brandenburg Concerto No. 6, however, which does not include violins, the 2 violas come into their own.

Bach: Brandenburg Concerto No. 6 in B-Flat Major, BWV 1051: I. Allegro. Apollo’s Fire. Jeannette Sorrell, conductor
After the Baroque era, there were a few pre-Classical works that featured viola, such as Telemann’s Viola Concerto. In the 19th century, an unusual work was Berlioz’ Harold in Italy (1834), written for solo viola and orchestra. Taking elements from Lord Byron’s poem Childe Harold’s Pilgrimage (1812-1818), the work was commissioned by the violin virtuoso Niccolò Paganini. 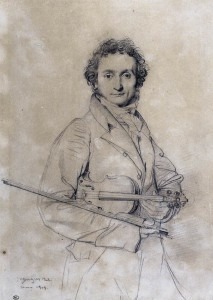 It is in the 20th century, however, that the viola comes into its own. With instrumentalists who played the viola alone (versus playing the viola and the violin), composers could start to write music that took advantage of their greater facility on the instrument. The English violist Lionel Tertis was one of the most important of the new viola players and composers such as Arthur Bliss and Ralph Vaughan Williams wrote for him. The violist and composer Paul Hindemith added substantially to the repertoire and the composers William Walton, Bohuslav Martinů, Rebecca Clarke, and Béla Bartók all wrote well-known viola sonatas and concertos.

Clarke: Viola Sonata: I. Impetuoso: Poco agitato. Vladimir Bukač, viola
Jaromir Klepac, piano
Going beyond regular orchestral music, the viola’s darker sound has featured in electronic music known as ‘spectral music,’ which was created by compositional decisions being made through analysis of the spectrographic analysis or a mathematical analysis of a sound. The French composer Gérard Grisey was important in the use of the viola in this music.