Artists Interviews
In touch with Marco Berti:
The Otello of the Future
by Jenny Lee June 4th, 2013 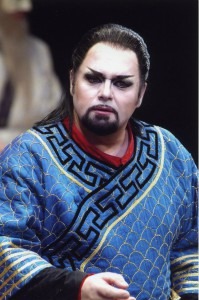 Sharing the same birthplace, Como, with Cosima Liszt, the daughter of Franz List and second wife of Richard Wagner, tenor Marco Berti is perhaps destined for greatness. After hearing Marco Berti’s debut as Otello at the Festival de Opera de La Coruna in 2010, the Spanish critic Alonzo Gonzales of La Razón praised him as ‘the Otello of the coming years, of the future’. As an Italian, it is natural for him to find resonance to a role created by his compatriot Verdi, ‘Otello is the maximum for the Italian repertory for tenor and it is not only about singing, but also about interpretation,’ Berti said.

Nevertheless, it was with Pinkerton in Puccini’s Madame Butterfly that Marco Berti made his debut in 1990, after winning the Concorso Internationale Giacomantonio. This year in June, he will act as Calàf in another masterwork by Puccini – Turandot, in the country where the opera was set. If you ask Berti whether there is any secret in singing operas by Puccini, he would tell you that ‘there is only one technique. It’s the Italian style, the LEGATO, in which one has to cover the sound and breathe for the support.’ 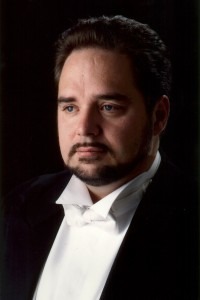 Not coming from a musical family, Berti has been following his heart to pursue his dream in life – being an opera singer. It is his burning passion that brings him to major opera houses around the world, from Covent Garden in London to the Metropolitan in New York, from Teatro alla Scala in Milan to the Arena of Verona, working with great conductors like Zubin Metha, Lorin Maazel, Riccardo Muti and Antonio Pappano etc. In September 2011, the magazine STYLE, the prestigious supplement of Corriere della Sera, named Marco Berti ‘among the four most famous tenors in the world’.

Turandot will be performed in Guangzhou on June 21 to 23.