Artists Interviews
In touch with Graham Ross
by Oliver Pashley May 22nd, 2013 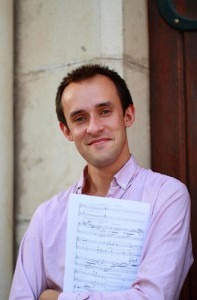 So, to start with: what does your role as Director of Music actually include?

My job as Director of Music covers all the practical music-making aspects of the College. I’m different to the Director of Studies in Music, who is here primarily to help with students’ academic affairs – I oversee the instrumental music making, I supervise [teach] students in many of the practical papers for the Music Tripos (composition, fugue, harmony and counterpoint), and I direct the Chapel Choir. As well as being actively involved in the musical life of the College, I’m also here to help and advise with such things as the College Music Society; a flourishing. student-run organisation, for which I am there to oversee and offer assistance should the need arise.

Directing a choir such as Clare means buying into a long-standing, world-famous tradition. How do you keep a balance between this tradition and keeping the Choir ‘in the 21st century’?

I was part of the tradition myself as an undergraduate here, so I was aware of the way things worked before I took up my role as Director of Music. It’s a great privilege to be able to be part of such a tradition, but also to carry it forward. First and foremost, the Choir exists to fulfil its role in the Chapel, providing the music for the liturgy. But outside of Cambridge, especially in today’s download culture, it is important to make the Choir accessible to a wide audience outside the walls of the Chapel. This means the Choir undertakes many outside engagements, such as external concerts, tours, broadcasts and recordings, making it an incredibly versatile ensemble.

How do you promote this versatility?

You have to remember that only 6 or 7 members of the Choir actually read Music at Cambridge – the mix of other students, who study different subjects, make the Choir a varied and well-rounded group. We only sing four times a week, unlike some of our neighbours at King’s and St John’s, who do up to eight services a week, so the students here have time to pursue their interests outside of the Choir – even though many of them do even more music! I like the Choir to be as flexible as possible when it comes to repertoire. I want them to be as comfortable singing Monteverdi as they are with singing a piece by Giles Swayne, Clare’s Composer-in-Residence – sometimes in the same service! I don’t have a preconception of ‘the sound of the choir’ when it comes to repertoire choice – you have to think about the repertoire and adapt the sound accordingly. This way you can make sure they’re as comfortable singing Brahms as a Bach Cantata. 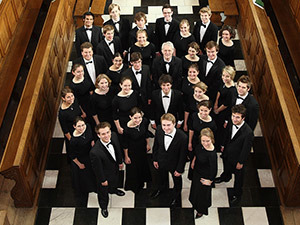 We’ve got a tour with the European Union Baroque Orchestra this summer, which will see us heading to Brugge, Milan, Utrecht, Hagen, Darmstadt, and finishing off in London, at St John’s, Smith Square. I’m looking forward to the tour as many of the players in EUBO are of a similar age to those in the Choir, so the touring party will be of some of today’s brightest young instrumentalists and singers. We’ve also got another recording on the horizon with the Harmonia Mundi USA label, and a prospective USA tour in the pipeline for 2014…

You’re also a respected conductor and composer outside of Cambridge. How do you balance the Cambridge/London life, and indeed the work/life balance in general?

Lots of early trains! And long days. Often my freelance work ties into what I do with the Choir, too – last year I took the Choir to sing Beethoven’s Ninth Symphony across Australia with the Australian Chamber Orchestra, as a result of having worked with them in the past. Likewise the Choir has made a number of recordings with my own performing group, The Dmitri Ensemble. People often ask the question, ‘Are you a choral or orchestral conductor?’ and I don’t like to see the distinction. Things are connected far more often that you might think, especially when one stops trying to pigeonhole everything. You have to know when to switch off as well – it’s as important to know when to have a rest as well as stay motivated!

Clare Choir is a terrific training ground for those who want to go into this kind of thing professionally; however, those of them who don’t continue into the profession will, I hope, have taken something from their experience here. It’s an eye-opening experience, and I believe that many of them will retain their love of music, whatever they go on to do.