In Tune Arts
Tourists, Pigeons and Giovanni
by Georg Predota May 21st, 2013 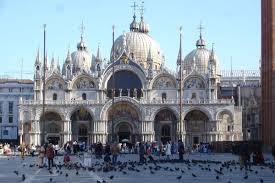 I vividly remember my first visit to Venice. Mind you, I came prepared, at least in the literary sense, as I had eagerly plowed through various portrayals of the city in novels ranging from Lady Chatterley’s Lover, Voltaire’s Candid and Death in Venice by Thomas Mann, to Child Harold’s Pilgrimage and The Aspern Papers by Henry James. However, there is really nothing that can prepare you for the astronomical price of a cup of coffee, and since the Piazza San Marco was inundated by water, the sight of thousands of badly-dressed tourists wading ankle-deep in sewage infested waters while trying to take photographs of each other. Of course, I was also mercilessly dive-bombed by enough pigeons to feed all major population centers in China for the next two decades. 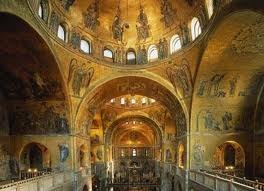 So this was the self-proclaimed city of love, where Giacomo Casanova and Giorgio Baffo had stalked their prospective amorous conquests, presumably with wet feet! Yet all was not lost. The major flooding had the distinct advantage that all tourist sites had been sandbagged and closed to traffic. A very good friend — whose name I shall never reveal, not even under threat of torture — smuggled me into St. Mark’s Basilica. St. Mark’s, like Venice itself was independent, its clergy more directly responsible to the reigning doge than to any outside ecclesiastical authority. Standing in awe on the marble floor ornamented with animal designs and geometric patterns, and spying the opulent Byzantine mosaics in the domes decorated with gold, bronze and the greatest variety of semi-precious stones — a most powerful symbol of extended Venetian power and wealth — tourists, pigeons and even Casanova seemed to be of little, or no consequence. The origins of this magnificent building date back to the middle of the 9th century, when Venetian merchants transported the supposed relics of Mark the Evangelist from Alexandria to Venice. 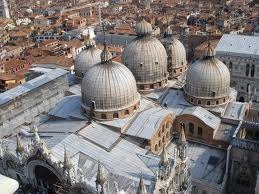 Aerial view of the Basilica

The founding structure was rebuilt in 978 and again, to form the basis of the present basilica in 1647. A new façade, adorned by a gilded mosaic and various statues was added in the first half of the 18th century, and the interior mosaics were completed shortly thereafter. The interior floor plan is based on the shape of a Greek cross; all arms are of equal length. Copying Justianian’s Basilica in Constantinople, each arm carries its own dome, and a larger central dome arches over the crossing. This type of ornate and lavish Byzantine architecture inspired exalted civic and religious ceremonies, celebrated in the church and in the Piazza. Trading with the East not only made Venice fabulously wealthy, it also engendered an essentially cosmopolitan and flamboyant atmosphere. That distinctive Venetian flair for pageantry is still celebrated annually during the Carnival of Venice. Paying homage to a victory over the Patriarch of Aquileia in 1162, citizens don elaborate costumes and distinctive masks and populate the numerous bridges and squares. However, St. Mark’s Basilica also stimulated the development of a distinct musical style. You see, the church possessed two organs in choir lofts opposite each other. This encouraged the use of divided choirs, stationed in multiple choir lofts throughout the church. Taking advantage of this spatial architectural arrangement, composers wrote music in the so-called Venetian polychoral style. Essentially homophonic and relying on a broad rhythmic organization, it became the hallmark of music at St. Mark’s. 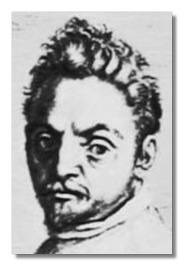 Ever since the 13th century, the position of choirmaster at St. Mark’s had been the most coveted musical post in all of Italy. With the appointment of the Flemish Master Adrian Willaert (1490-1562) as maestro di capella in 1528, St. Mark’s became a significant creative center in Italian musical life. Willaert experimented with placing various vocal ensembles in different choir lofts, and passed this technique and knowledge to his student Andrea Gabrieli (1510-1586). However, it was Andrea’s nephew Giovanni Gabrieli (1553-1612) who massively expanded the performance forces. A contemporary traveler reports, “Sometimes they’re sung sixteen or twenty men in three, four or five choirs, having their master to keep them in order. And when they sung, the instruments played also. Sometimes sixteen played together upon their instrument, ten Sackbuts, four Cornets and two Viola de gambas.” The Venetian polychoral style greatly influenced the European musical landscape in the late sixteen and early seventeenth centuries, spread through northern Italy, Germany, Austria, Poland and Scandinavia. And just in case you were wondering, during my second visit to Venice I fell headlong into the Canale Grande!