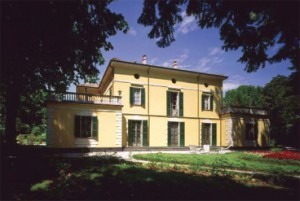 Having finally tied the knot, Peppe Verdi and Peppina Strepponi enjoyed an extended period of matrimonial peace. Whenever possible, they spent quality time at the Villa Verdi, located in the village of Sant’Agata. Verdi had bought the property in 1848 and obsessively expanded the original house by adding two terraces, a greenhouse, an icehouse, a chapel and several garages. Peppina once wrote indignantly, “I cannot tell you how often during the building operations beds, wardrobes and furniture danced from room to room. It is enough to say that except for the kitchen, the cellar and the stables, we have slept and eaten our meals in very nook in this house.” As his fame and fortune grew, Verdi invested a considerable amount of money into expanding his estate, which eventually included various farms, extended forests and fisheries. When Peppe was once asked which of his operas he liked best, he replied “Rigoletto and Aida, because they bring in the money!” 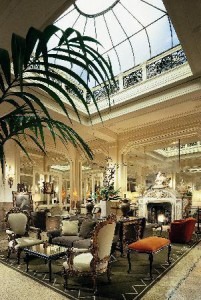 The Villa Verdi was located less than two miles from the place of his birth, and Peppe and Peppina quickly set up a highly profitable farming business. They planted hundreds of trees, dug wells, cultivated grapevines and an enormous vegetable garden. They even bred horses, bought and traded livestock and produce, and sold hams and other cured meat products. Ever a stern taskmaster, Verdi kept meticulous records of accounts, monitoring tenants, bales of hay, bushels of wheat and cuts of timber. Rural and peasant idyll aside, Verdi remained highly active in his musical career. In 1869 he supervised rehearsals for revisions to his opera La forza del destino (The Force of Destiny), which included a new overture and an alternate ending. It might have been fate and not necessarily destiny that the character of “Leonora” was sung by Teresa Stolz. 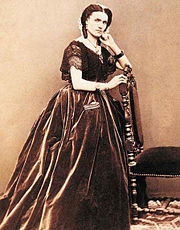 Born Tereza Stolzová in the Bohemian town of Kostelec, she became the “Verdian dramatic soprano par excellence, powerful, passionate in utterance, but dignified in manner and secure in tone and control.” Between 1865 and 1877, Teresa appeared in a number of significant premieres, including the first European performance of Aida in 1872. In 1869 she was the mistress of the conductor and composer Angelo Mariani. At that time, Mariani was also good friends with Peppe Verdi and Teresa enjoyed the attention of both men, although presumably not at the same time. Verdi kept a suite in the Grand Hotel in Milan, just minutes from Teresa’s home, and the relationship was frequently and regularly consummated. For a while, with Peppina tending the chickens and harvesting carrots, everything worked according to plan. However, it was Mariani who eventually stirred up trouble. You see, Mariani had asked Teresa for her hand in marriage, and the soprano agreed. Yet at the same time, she refused to stop seeing Verdi. So Mariani sublimated his frustration of having to share his fiancé with Peppe in a way that was guaranteed to infuriate the composer; he began to change Verdi’s music. In a performance of the overture to La Forza del Destino, Mariani turned the quiet atmosphere of the music into a “warlike fanfare, which has nothing to do with the opera’s subject in which all warlike matters are mere episodes.” Verdi complained bitterly and wrote, “I had only just freed opera from the tyranny of the singer, and his [Mariani] interpretations was about to substitute the tyranny of the conductor.” They corresponded for a while, but Verdi eventually deliberately avoided his former friend. What is more, he was set on breaking the relationship between Mariani and Teresa.