Artists Behind the scenes
In touch with Christoph Meyer
by Nicolette Wong November 29th, 2013 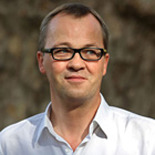 Christoph Meyer is the director of the Deutsche Oper am Rhein Dusseldorf Duisburg and is regularly on the jury for international singing competitions. I recently caught up with him to talk about the future of opera, both from the perspective of a young singer looking to pursue a career in opera and from that of the audience in this modern-day world.

I understand you have been a jury member for the International Hans Gabor Belvedere Singing Competition a number of times. How does this Competition differ from other singing competitions?

Well, it is one of the biggest competitions in the world. Like the other important competition Neue Stimmen, the Belvedere offers preselection rounds in many cities across the world, and it attracts over a thousand applicants, of which around 140 to 150 are invited to participate in the final rounds. In the Belvedere Competition, most of the jury members are from opera houses and companies, and they each have to offer an engagement [performance opportunity] as a prize. This is very important as it is not all about the money! This is definitely one of the most positive aspects of this Competition, the fact that prizewinners are awarded opportunities to perform and to gain experience.

Would you mind telling us a bit more about the selection process in the Competition?

For the first round and the semifinal round, each jury member has to vote a yes/no for/against each participant; and in the final round, of which there are usually about 14-18 singers, the jury members individually ranks the singers and we then look at the overall rankings… But jury members are free to award their own prizes [the opera house engagements] to the singer(s) of their choice, whether or not that singer passed to the final or even the semifinal rounds.

For young singers looking to pursue a career in opera, how much do you think competitions can help them?

I think it is good for everyone to enter competitions. I always say to my singers [in the Opera Studio of Deutsche Oper am Rhein] that it is important to have the experience of [participating in] competitions, to feel the pressure of competitions, and most importantly to find out how their colleagues in other parts of the world are singing. You have to find out the level, the standard of the singing and then learn from it.

On the other hand, there are many examples of successful singers who have never done any competitions… It is good experience though, definitely.

You have worked at many opera houses and institutions, from Leipzig to Barcelona to Tokyo…

I started first as assistant director at Mannheim [National Theatre], then moved onto Cologne Opera as director of artistic administration for five years, before becoming artistic director of the [Gran Teatre del] Liceu in Barcelona for five years. I then went to [Deustche Oper] Berlin in 2000 and later became opera director of Basel [Theatre], before assuming my present role at Deutsche Oper am Rhein [Duisburg, Dusseldorf]. 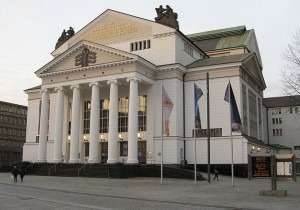 Having worked in so many companies around the world, do you think different opera houses look for different qualities in their singers?

Or perhaps I can rephrase – do you think audiences in different parts of the world have different tastes? Would some prefer modern revivals over traditional productions for example?

There have been many modern revivals of operas in different countries, but I suppose the majority take place in Germany, or at least in German-speaking countries like Switzerland and Austria. In places where opera is relatively new, I think people are more comfortable with traditional opera productions.

A lot of people feel that opera is for the elite. What are your views?

That is absolutely stupid. Here in Dusseldorf and Duisburg, we are always bringing young people into the theatre – the most important thing for the future is to show them opera is for everyone, for normal people. At the Duisburg Theatre, we put on children’s operas and we also have public viewings [a summer gala event of opera arias and scenes]. It is important to find ways of interpreting traditional opera that will make young people interested. Another way we reach out to tell people anyone can enjoy opera is to have opera scouts – we invite between 15 to 20 people representing different professions and ages to an opera premiere and ask them to write a critic, a review, which will then be published, so everyone can read the first experiences of opera for normal people. I believe we are the only place in Germany doing this.

Can you tell us more about the children’s operas?

We try to put on operas that have been written especially for children, for example the children’s opera ‘Robin Hood’ [written by the composer Frank Schwemmer], in which a young boy, Daniel, finds that the hero of the computer game his father has created, Robin Hood, has become real. But there are not enough of these operas so sometimes we take children’s stories to composers and commission them to write music to make a new opera.

As the host for the final rounds of the 2014 Belvedere Competition, do you expect many people to be travelling to Dusseldorf to watch the Competition unfold?

Yes absolutely, all the rounds will be open to the public and there are day passes as well. The first and semifinal rounds will take place at the Schumann-Saal and the final round on July 6 will be held at the Dusseldorf opera house.