Artists Interviews
If music be the food of love, play on – Richard Ekkebus
by Jenny Lee November 15th, 2012 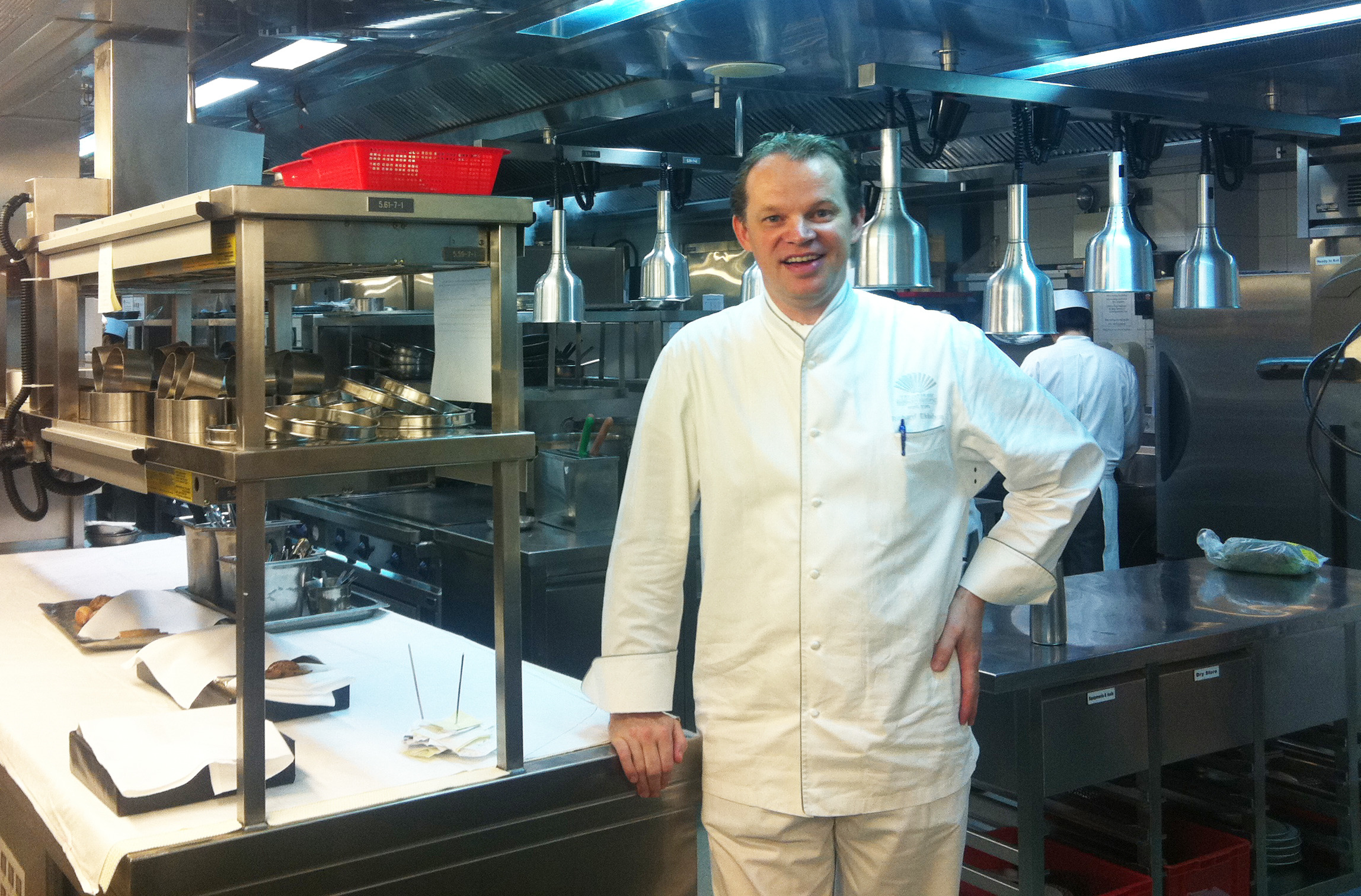 Hailed as ‘the Italian Mozart’, Rossini was not only famous for his operas, but also for his passion for food. A French steak dish, Tournedos Rossini, was specially created for him by chef Marie- Antonie Carême. A tournedos of beef, pan-fried in butter, served on a crouton and finished with a Madeira demi-glace sauce; it’s supposed to be Rossini’s favorite dish. During my early years as a radio presenter, I once did a series on music and food, in which I found out that most musicians are food lovers, for example pianist Gary Graffman is a food critic and Pavarotti loves Chinese spring-rolls. Talking about Pavarotti, I had a chance to meet a chef, who actually cooked for Pavarotti, and in turn, is passionate about music. He is Richard Ekkebus at Amber.

It was a lovely Friday afternoon. My editor Juliette and I arrived at a simple and elegant restaurant at the Landmark Mandarin Oriental in Hong Kong. Amber does not have many tables, and the spacious and quiet environment gives us the perfect space to taste, to enjoy and to relax. After a most delightful meal, we were greeted by a tall, blond man, wearing white chef cloth. With a warm and big smile on his face, Richard Ekkebus asked us if we had enjoyed the food. The answer was predictable. 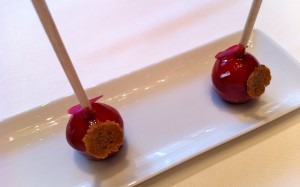 Like the path of a musician, Richard Ekkebus shows his talent in cooking very early on and won several competitions. Later on, he furthered his study in Paris. Richard, then became the Executive chef at Sandy Lane, where he had the great opportunity to meet the late Pavarotti. This legendary singer would go to Sandy Lane for 26 weeks, during which Richard not only cooked for him, but was also able to know Pavarotti as a person. He met his wife, his children, laughed and played cards together. Whenever Pavarotti held any party, Richard would be there to prepare wonderful food. Richard recalled that Pavarotti was a very warm and sincere person.

Perhaps because of his close connection with Pavarotti, Richard develops a passion for opera. He loves the operas by Verdi and Puccini; Rossini, Leoncavallo, Massenet and Bizet are on his playlist too. Among his favorite operas, there are Aida, La Traviata and Madame Butterfly. He also admires the voices of Jose Carreras, Maria Callas, Montserrat Caballé , Lorraine Hung Lieberson, and needless to say, Luciano Pavarotti. 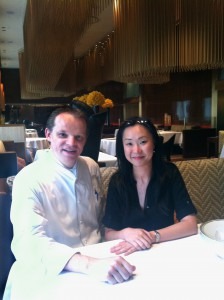 During our conversation, we spoke about the similarity between music and food. They both have texture and layering; the presentation is as important as the content. As a chef, Richard is not only the ‘performer’, but also the ‘composer’. We wondered if he actually listens to music while he cooks, like some doctors who I came across would listen to light classical music when doing surgery. The answer was no. The kitchen is a quiet place, where everyone focuses on cooking. However, Richard does listen to classical music in his office and carries his iPod with him. Very often, great dish is inspired by great music.

Afterwards, we went to see his ‘orchestra’. The kitchen was indeed a quiet place. It almost had a sacred atmosphere, by that I mean, everyone focused on his work with dedication and care. Like an orchestra, everyone played his part under the ‘baton’ of Richard.

Food is for our body and music is for our soul; without any of which, our life would not be complete, at least for Richard, Juliette and me.