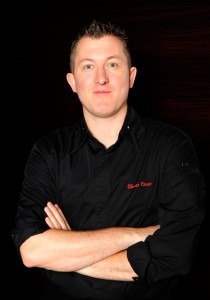 Although food and music interface in an infinite variety of delicious possibilities, the most commonly experienced fusion occurs at private dinner parties or public restaurants. Frequently, unsuspecting diners are alternately assailed by elevator concoctions or expressions of popular culture that have the ability to instantaneously curdle milk or demand the radical obliteration of all kitchen appliances. Alternately, music often attempts to impart a sense of class identity and cultural belonging that transcends the mere notion of food as simple nourishment, with the diner gaining culture and sophistication by osmosis, as it were. Recently it has become fashionable for hipster TV Chefs to recommend not only certain recipes but also the music to go with it. Eater New York pairs “footage of the city’s most badass chefs crafting their signature dishes accompanied by tunes from up-and-coming musicians,” and the “Recipe Project” actually sets the ingredients and directions of a recipe to music. We have long known that sound can influence the way we taste food, and that both cooking and music are essentially performing arts. So Interlude wanted to know if music — and specifically classical music — could influence and aid the creative process of inventing new culinary masterpieces. And that’s exactly the question we put to Olivier Elzer, executive Chef at “L’Atelier de Joël Robuchon” in Hong Kong.

A: I love all kinds of music, but classical music holds a special place in my life. It represents a spiritual dimension that opens the pathways to all other arts, like for example one of my favorites, Chinese paintings. And in the kitchen, listening to classical music opens up some of the same pathways. Music and food certainly connect on an emotional level, and I am never in the kitchen to just make food, although of course that is the end result. Just like classical music, I try to communicate emotions, either to stimulate new experiences or to connect to same part of a customer’s past. My mother, for example, listened to a lot of Opera, and whenever I hear Opera today I still experience the same emotions. 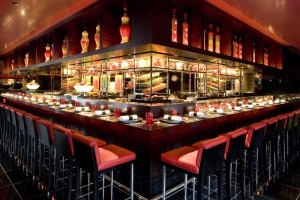 Q: Opera has a great sense of drama, of presentation and pacing. Are these elements part of your creativity in the kitchen as well?

A: For me it is very important to listen to classical music with a sense of total concentration; only that way can I hear all the details and individual elements. The same is really true in the kitchen. When we are creating a dish we need to fully focus on individual ingredients, and that depends entirely on the season. To be creative in cooking, however, does not mean to produce one new recipe after another, but rather to continuously refine a given dish. It is enough to develop one or two new dishes a year, and in this process of composition I am always inspired by the similarity to and the emotionality of classical music.

Q: Classical music and food share two very special aspects, namely tradition and regionality, which are continuously reinterpreted. As a Chef, how do you approach these two aspects? 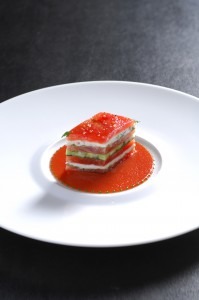 A: Firstly, the processes of composing a work or creating a dish in the kitchen seem very similar. Both are rooted in what came before, and the specific region it originated. And like composer’s, Chef’s also have a distinct sense of style. I also have a distinct style of cooking, but at present I am working for Mr. Robuchon, so I am called to continuously reinterpret and refine his overall food experience.

Q: You mentioned earlier that “Winter” from Vivaldi’s Four Seasons is one of your favorite compositions. What kind of food do you think of when you listen to that music?

A: For me, the season of winter contains a sense of sadness and of melancholy. It is also a very quiet time of year. Many dishes start with that sense of repose and gradually build by adding the ingredients of this special season. In a culinary sense, winter can be challenging as it juxtaposes wild game, root vegetables and truffles. But it is that juxtaposition that I try to emphasis in my winter cooking, and that is also what I hear in Vivaldi’s composition. So, I would look to create a very simple and contrasting dish, for example combining the exquisite white truffle with the humble potato. The most important part of being a Chef, after all, is to try and connect people with the food they eat.

When opportunity knocks, constellations align and the ingredients are plentiful, we will continue to explore the points of contact between classical music and culinary delights. Until then, please stay tuned and bon appétit!