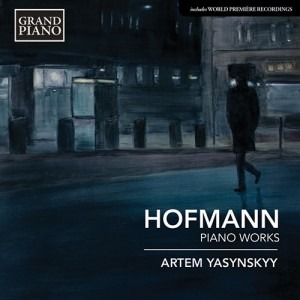 Józef (Josef) Hofmann was one of the greatest Romantic virtuosi of his age, a towering technician and a poet of the keyboard. He also wrote extensively for the piano, crafting a richly contrasted set of Charakterskizzen, Op. 40, a Sonata in F major, Op. 21 that reveals the influence of Schumann, and a finely wrought Theme with Variations and Fugue, Op. 14. Artem Yasynskyy won the Hofmann Prize at the First German Piano Competition of Polish Music in Hamburg in 2013.