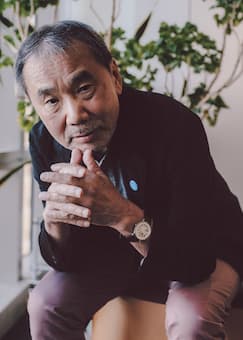 The Japanese author and writer Haruki Murakami is quite passionate about music. So much, that his works are filled with quotations, references and inspiration from the music world, and some of them even take their structure in musical works. He has risen to the status of being one of the most fascinating authors of the 21st century through novels such as Norwegian Wood, Kafka on the Shore or 1Q84, and it is quite difficult not to find some sort of musical element in each of them.

Indeed, before finding success — almost accidentally — as a novelist, Murakami started his professional life by being the founder and owner of a coffee house and jazz club, the Peter Cat, in Tokyo. 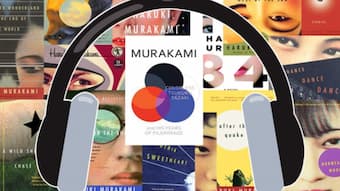 It is also well-known that his collection of vinyls is almost endless. From classical to jazz, one wonders which Murakami prefers. His office is filled with them and they provide him with inspiration for his works. He is known to have more than 10,000 vinyls and many are now at the Haruki Murakami Library Institute in Tokyo. His growing collection can also be found online; there is actually a Spotify playlists which compiles it all.

The author is also responsible for his own radio show on Tokyo FM. Murakami is also the author of a fascinating book of conversation with the Japanese conductor Seiji Ozawa — Absolutely on Music: Conversations with Seiji Ozawa.

The references in Murakami’s works are multiple, from Coltrane’s “My Favorite Things” in Kafka on the Shore, to The Beatles’ “Norwegian Wood” — which gives its name to the novel —, Rossini’s The Thieving Magpie in The Wind-Up Bird Chronicle and Janáček’s Sinfonietta in 1Q84.


With 1Q84, Murakami has structured his three-volume novel on Bach’s Well-Tempered Clavier for the two first volumes — alternating his own chapters of preludes and fugues with both characters, Aomame and Tengo — and The Goldberg Variations for the third volume, alternating between his own invention piece, virtuoso piece and canon. Murakami often talks and writes about music. 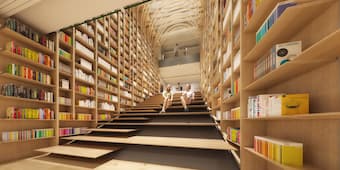 Of course, with such a love for music, it is only natural that musicians return their affection for the author, and many of them have claimed their admiration for Murakami. Recently the author of this article himself has been responsible for the release of a compilation entitled Haruki and which, with the participation of composers Luca Longobardi, Marie Awadis, Mathieu Karsenti, Violeta Vicci and Kevin Scott Davis & Asia Dojnikowska aka Glowworm, celebrates the works of the Japanese author.

Murakami is recognised as one of the most talented writers in the current world. With novels, essays and short stories best-selling and translated into fifty languages, he has made himself a name in the world of literature both nationally and internationally, as well as the one of cinema with adaptations of his works — such as the successful Norwegian Wood. The last time we saw an artist obsessed with classical and jazz music as much as Murakami, making it a point of focus for each of his work, was with Woody Allen, whose love of music could constitute another article in itself…