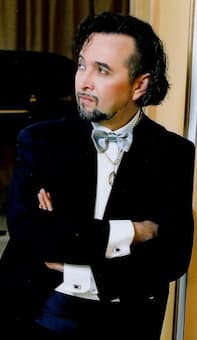 The pianist and composer Peter Ritzen, born in Ghent, Belgium in 1956 might not be a household name in Europe and the United States, but he certainly enjoys high acclaim in Mainland China and in Taiwan. In fact, between 2009 and 2014, Ritzen was invited by the Chinese Ministry of Culture to perform large-scale piano concerts all over China. The primary reason for this Far East fame is found in compositions with titles such as “The Last Empress Concerto,” “Chinese Requiem,” “Chinese Violin Rhapsody,” and others.

A child prodigy, Ritzen studied at the Royal Music Conservatory in Ghent, at the Mozarteum in Salzburg and the École Normale de Musique de Paris Alfred Cortot. As a concert pianist and acclaimed interpreter of Franz Liszt and Theodor Leschetizky, Ritzen has performed throughout Europe, Asia and the US. But it was his deep immersion in Chinese culture, and his numerous transcriptions of Chinese folk songs that inspired a substantial repertoire of compositions enthused by China and Chinese traditions. 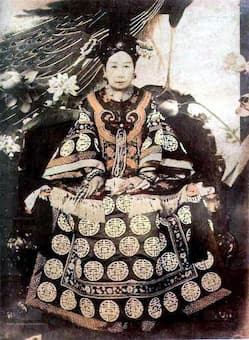 The “Last Empress Concerto” for piano, orchestra and Chinese percussion dates from 1994. It is based on the famous historic novel “Lady Dragon,” which inspired the Chinese opera “Last Empress” created in 1910 after the death of the last Empress, Ci Xi in 1908. Unlike the opera, this concerto uses traditional arias to mark historical rather than imaginary events. The opening movement portrays the supreme beauty of the concubine Yehenara chosen out of 3000 women by the Emperor Xian Feng. Characterized by bold Chinese percussion, the second movement suggests the great power of Emperor Guang Xu, while “Mountain Rain” is falling like teardrops over the victims of the siege of Beijing in 1900. It all finishes with the dramatic flourish of the “Opium War” an event that led to the sacking of the Summer Palace.