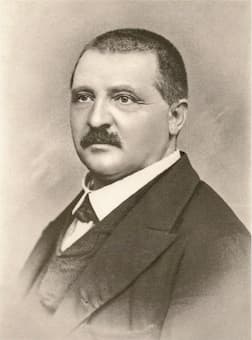 Bruckner spent some 9 months labouring over this work completing it in late 1869. Bruckner initially entitled the work Symphony No. 2, and submitted it to Otto Dessoff, the permanent conductor of the Vienna Philharmonic, for his review. Bruckner’s hope was that Dessoff would include the work in a performance or perhaps include it in one of the orchestra’s new music readings. When Dessoff’s reply was ‘Where is the principal theme?’ for the first movement, Bruckner withdrew the work from consideration entirely. 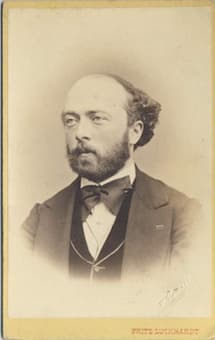 When this review happened is uncertain. We do know, however, that when Bruckner finished what is now known as his second symphony, the work was labelled as ‘Symphony No. 3’ but when he finished the next symphony in December 1873, it was called Symphony No. 3 and the previous work was relabelled as Symphony No. 2. The symphony that Dessoff had reviewed was filed away in a drawer and seemingly forgotten.

There are points of similarity between Symphony No. 0 and Symphony No. 3: the opening measures are not unalike and both use ostinato for the codas. The two symphonies share material so we might suppose that Bruckner had already consigned No. 0 to the recycling pile when he began No. 3.

In 1895, when Bruckner was moving to smaller accommodations, located in a wing of the Belvedere Palace buildings, Bruckner went through his paper and discovered the score to this symphony he had written some 25 years earlier. He didn’t destroy the score but wrote dismissive words through the score, such as ‘invalid’ (ungiltig), ‘completely void’ (ganz nichtig), and ‘annulled’ (annulirt). He also wrote the ‘null’ symbol, Ø, three times in the score and it is from this that the work is known as Die Nullte Symphony and in English as Symphony No. 0.

We start with a flowing movement in sonata form, as was usual for Bruckner. One unusual feature is the second theme and its reliance on syncopation, which we will also hear in the 2nd movement. The exposition ends with a majestic chorale, which provides the material for the following development section. The recapitulation, like the exposition, is relatively concise and the movement ends with an extended coda.


The second movement has its basis in Bruckner’s gift for lyrical melody writing. The syncopation taken from the first movement takes a prominent place. The reliance on woodwind and string choirs, with the occasional appearance of the French horns is not unlike parts of Tannhäuser. It’s of note that Bruckner considered Wagner to be ‘the Master of all Masters.’


The third movement Scherzo looks forward to the kind of scherzos he became famous for in his later symphonies: chromatic and driving with a trio in a much more lyrical style. This movement was the first where he was experimenting with creating a scherzo in a three-part (ABA) form where the B section becomes a development of the A section.


The Moderato final is our first taste of the contrapuntal mastery that Bruckner would show in his fifth symphony. Like Beethoven, he chose to end this symphony in a major key, rather than in the D minor that he started in.


The influence of Beethoven and of Wagner, two anomalous composers, on Bruckner goes far to explain how different he was from his contemporaries. The conductor Georg Tintner thought that Bruckner’s move from Linz to Vienna was bad for Bruckner’s career. Vienna was in the middle of a disagreement between the Wagnerians and the Brahmsians. Eduard Hanslick (Brahms supporter) seemed to take a cruel pride in criticizing Bruckner’s work. His own students, including Arthur Nikisch and Franz Schalk, thought Bruckner should sound more like Wagner’s and advocated cuts in his music to achieve this. Unfortunately, those two students went on to be conductors and their performances of their teacher’s work involved making those cuts, although often with Bruckner’s acquiescence because he wanted his music to be heard. Bruckner’s Symphony No. 0 was invisible for decades, but is now starting to enter the regular repertoire, to all of our benefit.