Opinion
There is No Right Way
by Frances Wilson January 28th, 2018 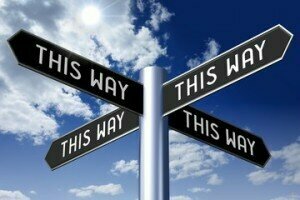 I’ve never felt drawn to the idea of the definitive performance. Music is a performing art which keeps on changing
– Michael Tippett

When I was learning the piano as a child and teenager, I was led to believe there was a “right” or “standard” way to play Bach, Mozart, Beethoven, Schubert, Chopin, Debussy et al. I didn’t really question it at the time, partly because I was not sufficiently musically aware nor experienced to challenge my then teachers, but growing musical maturity, regular concert-going, curiosity and personal study have made me constantly question “standard” ways of doing things. It seems to me that such standardisation comes from a number of sources:

• Tradition (“it’s always been done like this”)
• Teachers (“I’m telling you to do it like this because I know it’s right”)
• Performers
• Music competitions
• Critics, commentators, academics
• Recordings which create “benchmark” or “definitive” performances or set certain performance practices in stone
• Audiences

It troubles me when I come across teachers who firmly believe that their way/approach is the only way, and such a dogmatic approach is both narrow-minded and egocentric on the part of the teacher. Certain famous musicians, who shall remain nameless, use the masterclass format as a means to assert their authority on students, and enjoy the massage to their ego which comes from hearing the student mimic their sound and approach. I believe such an approach does not encourage or support a student as it does not allow them to develop musically to their full potential, nor gain ownership of their music.

Notated music is by its very nature approximate. The score – a sequence of lines, dots, squiggles and words (usually in a foreign language!) – is the closest concrete thing we have to signal the composer’s intent, but even then it is incomplete and should never be regarded as an “instruction manual for playing the music”, for the composer cannot tell us everything within the scope of the printed score. Consider, for example, the myriad dynamic possibilities within one marking piano, depending on composer, period, genre, key, etc. Add to that our own musical knowledge and contextual awareness, maturity, personal taste, experience (and I don’t just mean musical experience, but also life experience), and we have a wide range of possibilities to explore within the framework of the notated score. In effect, the score should be regarded as the jumping off point for much musical exploration and experimentation.

Unfortunately, many piano students – both children and adults – lack the confidence and/or musical knowledge/experience to challenge a teacher’s viewpoint and simply suck up what they are told without questioning it. Having the courage of one’s convictions to question a teacher’s view is not always easy: some teachers have very entrenched views, but a good teacher will always be willing to consider an alternative view or approach and will respect and appreciate the student who asks questions. Early or intermediate students often lack the musical knowledge or contextual background to give them the confidence to make interpretative decisions about their music, but even the most junior student has an imagination which can be called upon to explore possibilities and experiment within the music, and a good teacher will encourage this. I regularly ask my students “what do you think this music is about?” or “what do you think the composer is trying to say/convey here?“, and remind them that there is no “right way”, that I am keen to hear their thoughts and ideas and help them put them into practice.

Many of us have pianists and other performers whom we much admire. Their particular approach may concur with or confirm our own view of how certain works should be performed and then becomes the benchmark by which we set other performers’ interpretations, and our own. For some, only So-and-So’s interpretation of Bach, or Mozart, will do, an attitude I find almost as inflexible as that of the overly dogmatic teacher’s. In my own concert-going, I try to select concerts based on repertoire rather than performer (though I admit there are certain pianists who I will always try and hear if they are in town). This gives me the opportunity to hear a wide range of interpretations of the same music. Such open-minded listening can be revelatory (and very occasionally disappointing), and hearing the same pianist play the same repertoire at an interval of several years can be very interesting indeed – proof that one’s interpretation is not, and never should be, set in stone. Glenn Gould’s two recordings of Bach’s Goldberg Variations are an excellent case in point.

In my own approach to my music making, I try always to remain open-minded, inquisitive and alert to new possibilities or alternative ways of doing things. The process of experimentation and exploration in practising is exciting and stimulating, it prevents practising from becoming routine or boring (which can kill one’s pleasure and joy in one’s music), and encourages one to see the bigger picture of the music. I believe this approach should also be supported by regular “listening around” the music one is studying, to gain insights into the composer’s distinct soundworld and to hear other musicians’ approaches (not to imitate, but to give one ideas about aspects such as phrasing articulation, dynamics, breathing space, gesture and presentation). In addition, as my inclination tends towards the intellectual, I also like to read about the music I am working on. Such an open-minded and inquisitive approach gives one a much broader picture of the music and leaves one open to many interpretative possibilities. Gradually, as one gets to know the music intimately, a personal approach will emerge, and provided one is convinced by one’s own approach, others will be convinced too.

We are all individuals, and our personal, individual approach to our music will, if we let it, bring imagination, vibrancy, authority and integrity to our playing. With such an open-minded approach and trust in our musical self, the score becomes a basic road-map for a vivid and varied journey of discovery.

Returning to Sir Michael’s Tippett’s quotation at the beginning of this article, consider for a moment just how many recordings there are of, say, Beethoven’s piano sonatas or Chopin’s Etudes. No two recordings are the same, and no single recording offers “the right way” to play this wonderful music. And why does this repertoire appear so frequently in concert? Because there is still so much to say about it, so much more to be revealed.

I leave you with Richter and Tirimo, two contrasting approaches to the opening movement of Schubert’s Sonata in G, D894.