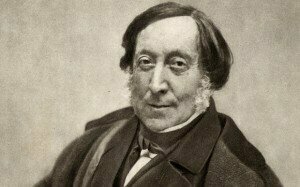 In 1808 Sébastien Erard registered a patent that fundamentally changed piano construction forever. As hammers had become more massive, they produced a much heavier touch for the performer. As such, the ability to repeat notes was severely impacted and the patent describes an escapement action in which the key was only partially returned after being struck. Sébastien’s nephew Pierre renewed the patent in 1821, and included a minor modification that provided the basis of all modern grand pianos. After escapement, the hammer falls away by only a short distance, roughly 10 millimeters below the strings, where it rests on a sprung repetition lever. 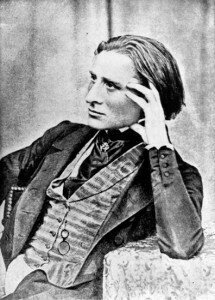 As the finger releases the key, this lever allows the hammer to re-engage quickly without the key having to return to its original position. This game changing mechanism was predictably of great interest to pianists far and wide. And it’s not surprising to find Franz Liszt in the middle of the melee. When Erard introduced a six-octave instrument featuring the new double escapement action, they also put Liszt under contract. For a period of 12 months, which included a tour of England, Liszt eagerly showcased the new instrument and his virtuoso abilities by composing and performing dedicated compositions only playable on the new instrument. And that includes a set of variations on a theme taken from Rossini’s opera Ermione.

Rossini’s international breakthrough came on 6 February 1813 at the Teatro la Fenice in Venice. The idyllic opera seria Tancredi is based on a Voltaire play by the same name, and Stendhal, Rossini’s earliest biographer, described it as “a genuine thunderbolt out of a clear, blue sky for the Italian lyric theatre.” Scholars suggest that Rossini established formal procedures “that fused in a simple yet satisfactory manner the urge for lyrical expression and the needs of the drama.” 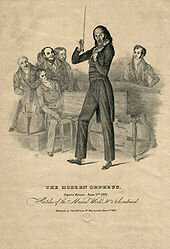 Arias tended to be problematic, as they needed to permit lyrical expression without freezing the action. As such, Rossini composed two successive and separate lyrical sections—the opening cantabile and concluding cabaletta, to allow for dramatic change in his entrance arias known as cavatinas. For later generations the fame of Tancredi rested on the cavatina “Tu che accendi,“ with is cabaletta “Di tanti palpiti.” This melody captures the beauty and innocence characteristic of Italian opera and served as the inspiration for Niccolò Paganini, amongst numerous others. 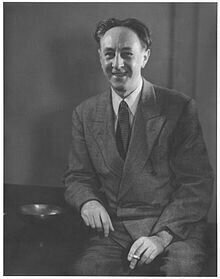 The life and career of Niccolò Paganini were surrounded by a number of fanciful legends. A particularly colorful myth tells of Paganini giving a recital with successive strings breaking one after another. Left with nothing but the lowest G string, Paganini refused to pause or re-string the instrument but improvised on his one remaining string. It certainly makes for a nice story, and it’s a possible explanation why he composed his Variations on “Dal tuo stellato soglio” from Rossini’s Moses solely for the G string. Written in 1819, this set begins with the aria proper and then transforms it into a jaunty march, which then becomes the subject of further variations. In a marvelous example of musical ventriloquism, Bohuslav Martinů takes Paganini’s march and offers his own variations. This set was written for the cellist Gregor Piatagorsky, who also premiered the work in 1943.

Bohuslav Martinů: Variations on a Theme of Rossini, H. 290 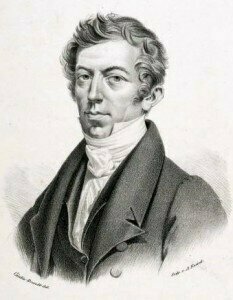 During his days in Paris, Johann Peter Pixis (1788-1874) was regarded as one of the best and most esteemed piano virtuosos in town. Chopin even dedicated his Fantasy on Polish Airs for piano and orchestra to the German-born musician. Considered a pianist of the first order he exploited the increasing technical resources of the instrument. Paying attention to differentiation of tone color, variety of attack and articulation, and the contrasts between lyrical and dramatic playing, Pixis published many works in the popular genres of the time. And that included a number of variation sets on operatic themes. Always aware of commercial demands, he frequently wrote in a brilliant yet technically accessible style. In conjunction with placing Rossini at the center of his musical universe, this marketing strategy assured that Pixis’ music was a commercial success.