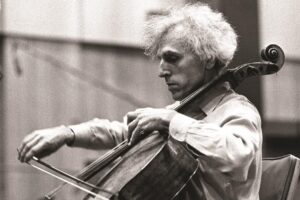 Sons frequently follow in their father’s footsteps. Sons of Maestros often end up waving batons like the Tortelier family. I was always a fan of Paul Tortelier the French cellist, conductor and composer. He played the solo part in Richard Strauss’ Don Quixote with Strauss conducting and became closely associated with the piece. I learned of his dynamic teaching and inspiring performances after watching a series of master classes recorded in the 1970s by the BBC. Tortelier is the inventor of the angled cello spike, or endpin, enabling the instrument to lie more horizontally than vertically. He often looked like he was lying down while playing! 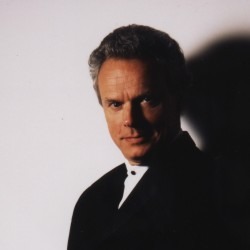 Years later, I was intrigued when I learned that his son Yan Pascal Tortelier, would conduct the Minnesota Orchestra. Yan Pascal studied piano and violin from the age of four and at fourteen, won first prize for violin at the Paris Conservatoire. His violin performances with his sister, pianist Maria de la Pau are wonderful! Yan Pascal was music director of the BBC Philharmonic between 1992-2003, conducting annually at the BBC Proms. His frequent guest appearances have taken him across the globe.

Yan Pascal is a debonair, charming man who conducts scoreless and batonless— his suave motions and elegance convey stirring climaxes. Although his first love is French music, Tortelier recently conducted the well-loved Carl Orff work Carmina Burana… To encourage particularly strong emphasis, he elegantly leaps into the air well above the podium. He’s a great storyteller too. “Coming on stage naked” is his greatest fear, slyly adding that, “Typically this happens only in bad dreams.” Tortelier’s most embarrassing moment? — Telling the brass section of the Royal Liverpool Philharmonic to ‘come in my face’. 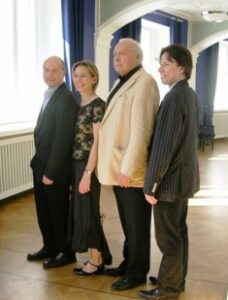 Distinguished Estonian Neemi Järvi conducted in Minnesota numerous times. I remember sizzling chemistry. His strutting, swaggering, and his flirtatious looks resulted in spontaneous performances. He often dismissed us early from rehearsals, explaining, “If the conductor has the right technique, he can shape the sound by gesture, not by talking, so that the musicians feel the music and enjoy the relationship, and see it is a beautiful thing. They don’t need the conductor to beat the bars.”

In addition to interpretations of the romantic repertoire Järvi presented unfamiliar music and he become the champion of fellow Estonians, composers Eduard Tubin and Arvo Pärt. He dared to go ahead with the premier of Pärt’s Credo in 1970, because he believed in the music, without consulting the Communist Party and the Composer’s Union. Järvi was compelled to leave Estonia in 1980. Not much time passed before he was coveted internationally. He was appointed principal conductor of the Gothenburg Symphony in 1982 remaining there for 22 years. During his Gothenburg years he made over 400 recordings. Järvi’s three children are all musicians— conductors Paavo Järvi and Kristjan Järvi and flutist Maarika Järvi. 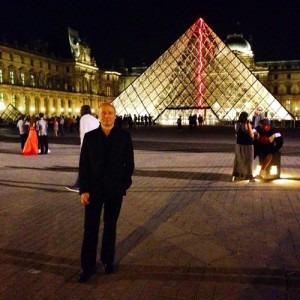 Paavo, a Grammy Award winner, has an international reputation, holding positions with the Orchestre de Paris, the Frankfurt Radio Symphony Orchestra and in 2015 the Chief Conductor of the NHK Symphony, after a ten-year tenure as Music Director of the Cincinnati Symphony Orchestra. Like his father, his recordings are his legacy—16 award-winning recordings for Telarc. He appears with friends Joshua Bell, Hilary Hahn, Renee Fleming, Daniel Barenboim and Valentina Lisitsa among others, all over the globe. His composure, vision and sometimes furious tempos, results in inspiring, fresh interpretations. 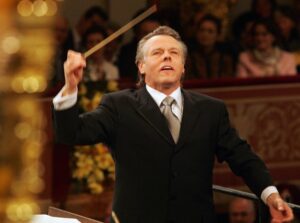 Internationally renowned conductor Mariss Jansons was born in Riga, Latvia, in 1943, the son of conductor Arvīds Jansons and the Jewish singer Iraida Jansons, She was forced into hiding after her father and brother were killed in the Riga ghetto during World War II. She gave birth to Mariss while hiding. Despite the war, Arvīds won second prize in a national conducting competition in 1946 and as a result, he was chosen to be the assistant conductor of the Leningrad Philharmonic. Arvis wanted his son to continue playing the violin but as sons will, Mariss began piano and conducting lessons at the Leningrad Conservatory. 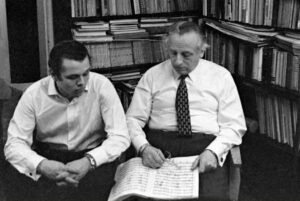 Jansons is recognized as one of the finest conductors of our time. His positions include Principal Conductor of the Leningrad Philharmonic, Music Director of the Oslo Philharmonic, the Pittsburgh Symphony and the Royal Concertgebouw Orchestra. “It’s my task,” says Jansons, “to find out the orchestra’s special qualities and preserve them. Then, if through a natural process my own individuality adds something – and theirs to me – that will be fine.” (December 2008 issue of Gramophone.)

There are some occasions one doesn’t want to follow in a father’s footsteps. In 1984, Jansons’ father died on the podium in Manchester of a heart attack while leading the Hallé Orchestra. A few years later in Oslo, during the closing pages of La Bohème, Mariss collapsed with heart failure, an eerie coincidence. Fortunately he survived. 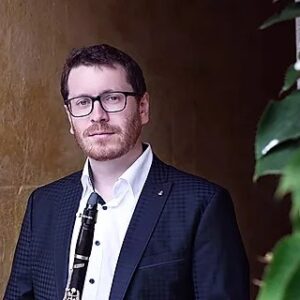 The Rattle family name is synonymous with music. What choice did Sacha Rattle really have? — Son of the Berlin Philharmonic Maestro, Sir Simon Rattle, his grandfather, Simon’s father, a pianist in Liverpool; Sacha’s aunt, a Baroque violinist, who regularly appears at international festivals; his cousin, a jazz pianist, who helped Sacha with his first attempts on the clarinet, and Sacha’s mother, an American soprano. Understandably, Sacha was reluctant to admit to his last name.

Today, Sacha Rattle has established himself as a clarinet soloist with a warm, unique sound. Sacha is one of six musicians who created the ensemble, “Classical Revolution Berlin”, and like the Classical Revolution in San Francisco, the group is dedicated to bringing chamber music to locations such as bars, clubs and cafes to make classical music accessible to everyone and to signify the relevance of the art in the world today. He is also a founding member of the wind quintet and piano sextet, Berlin Counterpoint, an award winning ensemble which has been performing worldwide since 2010.

We’ve journeyed from France to Latvia, Estonia to Berlin and Minnesota, exploring just a few musical dynasties without even discussing the daughters who followed in their father’s footsteps (like me.)