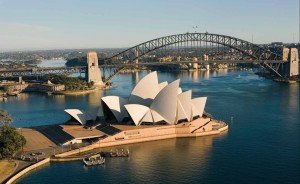 Perhaps a trip to the antipodes is on your schedule. In many ways, it’s a trip to an older culture, both of the native peoples and of the western arrivals. And yet, at the same time, cut away from the direct influences of European culture, the city has been developing its own voice and place in the musical world.

you arrive and the country is at your feet:
Traditional: Jowelbinna
Graeme Koehne: Elevator Music 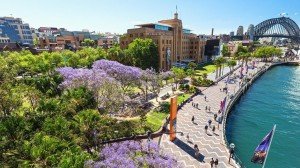 And some memories of the leading city of Australia