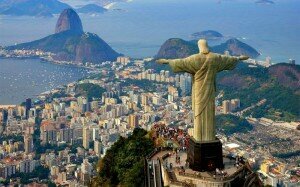 Brazil and its main city, Rio de Janeiro, came to life for many people in the film that showed the many facets of the city: Black Orpheus (Orpheu Negro) and its retelling of the Orpheus myth through the medium of the carnival. The music is the newly invented bossa nova. We move from the favela to the carnival procession, from the streets to the trolley cars, and the children believe the sun will only come up if a certain song is played. Music should always have that kind of important role in the world. At the same time, it’s also the country of classical composer Carlos Gomes, who was the first successful non-European opera composer in 19th-century Italy, and Heitor Villa-Lobos, most noted for his mix of Bach and Brazil in his 9 parts of the Bachianas brasilieras.

You arrive and the country is at your feet:
Bonfá: Manha de Carnaval (Morning of the Carnival)
Milhaud: Saudades do Brasil, Op. 67: I. Overture
Villa-Lobos: Descobrimento do Brasil (The Discovery of Brazil) Suite No. 2
Lima Menezes: Mas que nada 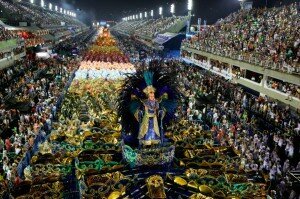 Time to slow down, and perhaps a nap?
Fernandez: Suite brasilera No. 1: I. Velha modinha
Villa-Lobos: Bachianas brasileiras No. 5 for Soprano and Cello Ensemble: I. Aria: Cantilena
Evening: