Artists Behind the scenes
Daniil Trifonov and Tatiana Zelikman
“Mozart and Chopin develop the soul of the musician”
by Georg Predota January 10th, 2018 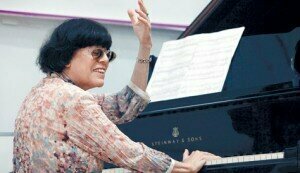 In 2011 Martha Argerich famously said about Daniil Trifonov “What he does with his hands is technically incredible. It’s also his touch—he has tenderness and also the demonic element. I never heard anything like that.” Possessing monstrous technique and lustrous tone, Trifonov “produces a rapid, glistening flurry of notes that hardly seems to involve the mechanical action of hammers and strings.” Born in Nizhny Novgorod, his exceptional musical talent exhibited itself at a very early age, and his entire family moved to Moscow for Daniil to study at the famed Gnessin School of Music. He became the student of Tatiana Zelikman, whom he considers “one of the best Russian teachers, who really gives her students a great foundation.” Zelikman came from the long line of German/Russian pianism taught by Heinrich Neuhaus. Her studies with Theodor Gutman—a distinguished Neuhaus student—turned her, according to Trifonov, “into an amazing musician. When I arrived in Moscow, I had hoped to have a chance to play for her, and I ended up studying with her for 8 years, from age 9 to 18.” 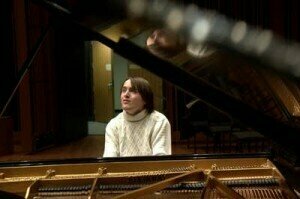 Over the years, Zelikman trained several generations of supremely gifted musicians, including Alexander Kobrin, Konstantin Lifschitz, Alexei Volodin, Ivan Rudin and Mikhail Mordvinov, among numerous others. Zelikman, according to Trifonov, “was a very demanding and highly critical teacher.” To be sure, she instilled a dedicated and relentless work ethic into her students, one that required a continuous striving towards progress. When Daniil was 13, he broke his left-hand and couldn’t play the piano for three weeks. “It was absolute torture for me. Basically, this wasn’t a moment about realizing technique or other things, but about how important music was to me. I was so uncomfortable and so stressful to not be able to play.” This special mindset has stuck with Trifonov, and he is supremely uncomfortable if he cannot practice every day. There are no such things as leisure holidays in his schedule; every spare second is dedicated to practicing the instrument or learning new repertoire. His musical outlook, instilled by Zelikman, is to relentlessly search for meaning and emotional atmosphere in every piece. “There is not one format,” he says, “one perspective that works for all pieces, it must be discovered.” On the recommendation of Zelikman, Trifonov began his studies with Sergei Babyan at the Cleveland Institute in 2009. I’ll tell you more about this formative relationship in our next episode.