Artists Interviews
The Voices of a Bass – An Interview with Valerian Ruminski
by Maureen Buja January 18th, 2018 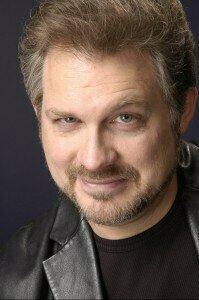 Bass Valerian Ruminski was recently in Hong Kong as Colline in a production of La bohème. Next, you might see him in Calgary in Eugene Onegin, or in Geneva as Dr Bartolo in the Barber of Seville. Or, you might have seen him in Montreal in Otello or at Oper im Park, Austria, in Così fan tutte. Such is the life of the itinerant singer in the age of airlines. But, best of all, he’s a basso with his own opera company, Nickel City Opera, based in Buffalo, New York.

Nickel City Opera does an opera a year, usually in June, when all the other seasons have ended and opera singers roam in the wild, looking for a stage. Over the past 9 years, Nickel City has put on a variety of operas from standards such as La bohème, Rigoletto, and Il trovatore, to an unusual premiere of Shot!, an opera about the assassination of President McKinley. The president was killed at the Temple of Music at the Pan-American Exposition in Buffalo on 13 June 1901. The opera, staged 115 years later, was reviewed very positively, particularly for Mr. Ruminski’s role as McKinley.

Nickel City also has the perfect solution for Black Friday, the infamous country-wide shopping day that follows the American celebration of Thanksgiving. They offer Amahl and the Night Visitors to the mall-weary.

Nickel City Opera brought opera back to Buffalo after the demise of the Greater Buffalo Opera Company. The city also has Buffalo Opera Unlimited which presents shortened forms of opera, such as this year’s abbreviated Magic Flute, sung in English, and earlier season’s concerts of selections from Verdi or Mozart. As a native son of the Buffalo region, Mr. Ruminski is particularly proud of his accomplishment.

Ruminski is also the author of a book for the parents of child singers: Starting to Sing (available via Amazon). As a singer who started as a boy soprano and then went onto a male voice choir, his experience with singing started when he was 5. The book addresses one of the principal problems with child singers: their parents. It provides parents with a sound basis of how to develop their child’s voice from simply converting air into sound into something more thought-based and child-sensitive. Choice of repertoire, finding a teacher, and the dangers of the pop market are all discussed. Mr. Ruminski has a second volume in the works for the next level of singer.

As a singer, he travels the world, and as a bass, he’s aware that it’s the tenors and sopranos who tend to catch the audience’s first attention. Yet, when we look at the opera repertoire, it’s the basses who have the hard job: the best friend (Colline in La bohème), the doomed leader (Boris Godunov, Wotan), the comic older man (Don Pasquale, or Dr Bartolo), or the evil conniver (Sparfucile in Rigoletto). And yet, it’s the basses who also get the show-stopping entrances, such as The Commendatore at the end of Don Giovanni. No one makes a better entrance than the Stone Guest!

We talked with Mr. Ruminski about the voices a basso can have. He is a true basso cantante, a lyric bass. He can become a buffo bass, a comic bass, but for him, that’s almost like putting on a different coat. To do a character such as Dr Bartolo, he has to put a ‘buffo-ness’ on his voice. He’s working, as all basses do, on his ‘top’ – his high notes. He recently made the discovery that, after years of ‘covering’ his top on the advice of teachers, if he opened it up, he was closer to discovering his true top.

One of the paths to this discovery was jazz. As a bass, there are few singers he could follow (those tenors again!) but when he discovered that Frank Sinatra’s repertoire lay within his grasp, he had a new model.

The Best is Yet to Come

The opera Shot! was developed by Mr. Ruminski with the American composer Persis Vehar, her 7th opera. It was 5 years in creation and was premiered in the city where McKinley received his fatal wound. Strong local support gave Nickel City Opera the opportunity to create a memorable set with a video background and a stage full of radicalized citizens, at the close of Act I, crying out for “Death to the Anarchists.” The opera, given its subject matter, has many elements for a modern audience, particularly when you have a Republican president of a century ago saying things that a Republican president should be saying today. Terrorists, guns, headline-seeking journalists, and mob culture: it all sounds like today’s headlines.

It’s not a perfect opera, a bit of trimming would go a long way, but for a local opera on a national topic, it’s a good start. It’s just a beginning, however, to Mr. Ruminski’s goal to have Nickel City do more new opera. He’s a bass with ambitions, so keep your eye peeled for his appearance on a stage near you.