Artists Behind the scenes
The Dangers of Speaking to the Press
by Georg Predota June 29th, 2019

The opera Pagliacci (Clowns) made Ruggero Leoncavallo (1857-1919) a household name, and it remains one of the most popular works in the repertory. After it premiered in 1892, this dramatic tale of love, betrayal and eventual murder enthused audiences the world over. 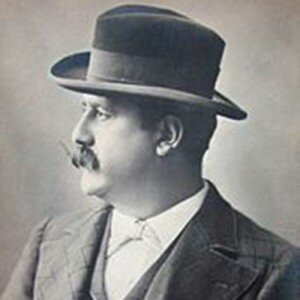 The plot revolves around a commedia del arte troupe, with Canio the clown married to Nedda. However, Nedda is having an affair with Silvio. During a performance, Canio confronts Nedda, and stabs her. The audience does not realize what is happening until Canio screams at them that the comedy had ended. Leoncavallo produced numerous operas and songs throughout his career but only Pagliacci remained his lasting contribution. When the opera was given in the town of Forli, the composer decided to gauge audience reaction and to hear it incognito. Convinced that nobody would recognize him, he settled into his seat next to an enthusiastic young lady. 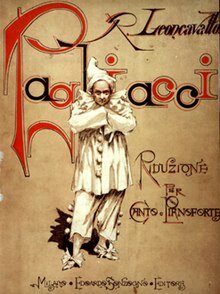 When the opera had finished, she asked the composer why he did not join in the general applause. “Why do you not applaud,” she asked him. “Did the performance not suit you?” The composer was somewhat amused by the question and replied, “No, on the contrary, it displeases me greatly. It is the work of a mere beginner.” The young lady was getting visibly annoyed and asked, “I see, then you are ignorant of music?” The composer replied, “I know a little bit about music” and then slammed his own work. “You see,” he said humming a short melody, “this aria is stolen from Bizet, and another one stolen from Beethoven.” He went through a large portion of his opera proving to her that “the music was worthless and entirely without originality.” Finally, the young lady turned to him and sadly asked, “Is what you have said to me your honest opinion?” Leoncavallo told her that it was “entirely so.” When Leoncavallo opened the local newspaper the very next morning to find a review of the performance, he caught the following headline, “Leoncavallo on his Pagliacci.” He was startled to find his entire conversation with the young lady fully reported and accredited. It is said that Leoncavallo never again talked disparagingly about his own work.