Once In A Lifetime Experiences 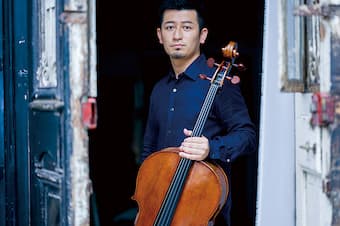 Our November’s Artist of the Month is Japanese cellist Dai Miyata who, since winning every major competition in Japan, went on to study at the Kronberg Academy and who now plays all over the world with orchestras including the Orchestre de Paris, Sinfonietta Frankfurt and the NHK Symphony Orchestra. He talks to us about the upcoming release of new album, Piazzolla, as well as the music that is close to his heart, both old and new.

My mother is a violin teacher and my father is a cello teacher, so I started playing the violin when I was two years old. However, since I was a restless child, I walked around during the practice and it was not really fruitful. So, when I was three years old, I switched to a cello so that I could practice sitting down. Since then, I have been playing the cello. As for the range, I like low notes, so the sound of the cello suited me very well. Also, the sounds of the cello are supposed to be the closest to the human voice, so I feel that it is more like singing with the cello than playing an instrument. I feel that I am able to convey my feelings with the sound of the cello freely without straining my emotions. I feel my cello and I become one and are inseparable. 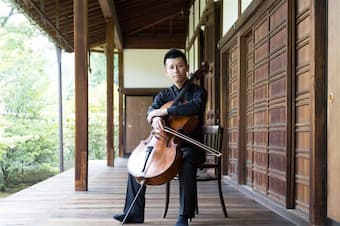 There are two events that changed my life as a musician. The first one was after I had won all the cello competitions in Japan, which gave me confidence and made me decide to go abroad to study. I first studied at the Conservatoire de Musique de Genève with a string quartet I had formed in Japan. My teacher was Gábor Takács-Nagy, the first violinist of the Takács Quartet. At that time, when we were trying to play in the textbook style without pushing too hard, Takács said, “Everyone already has their own individuality that no one else can imitate. Don’t try to create a new personality, but play by believing in your original personality!” It was then that I realised that I could play with no restraints! That was the moment when I felt the joy of breaking out of my shell and playing freely, which became the first important turning point for me to become a professional musician.

The second was something I learned from Frans Helmerson when I studied with him at the Kronberg Academy in Germany. When I entered my first international cello competition (the Rostropovich Cello Competition) in my first year of study abroad, Frans said, “I think you will be able to convey more of your true charm if you treat the competition as a performance of what you feel now, not as a presentation of the results of your practice.” Ever since I heard those words, I have always tried to perform with a sense of each performance being a once-in-a-lifetime experience. Thanks to this, I was able to win the competition and the judges said, “I felt like I was listening to a concert. This was a concert that only you can give.” These two sentences gave me great confidence and motivated me to become a professional cellist. 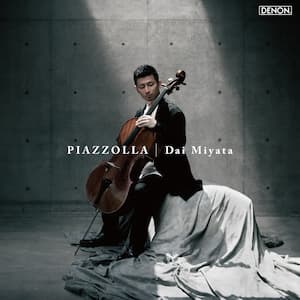 I often perform with orchestras and pianos, but in recent years I have been collaborating with many different instruments, such as giving a duo recital with classical guitar and playing in a duo with bandoneon. By playing with such different instruments, I can get a lot of ideas and experiences to visualise the sound. I feel greatly inspired by the artists I perform with each time.

I love Russian composers, especially Rachmaninoff, and I feel that his music expresses the emotions I want to convey. The third movement of the cello sonata he composed brings tears to my eyes every time I play it. Also, I’m releasing a Piazzolla CD in November 2021, and he is a composer whose works shake my soul every time and turn me into a different person.

I think today’s performers, composers, and critics feel more about Piazzolla’s work as a genre of classical music than they did in the past, rather than as a tango composer. The year 2021 is the 100th anniversary of Piazzolla’s birth, and there have been many concerts featuring his works all over the world. I would be happy if my CD will help his works to be more widely recognised in the classical music genre and to be enjoyed in many concerts.

My hobby is scuba diving, so I get inspiration when I am diving in the ocean. I have dived in the seas of Japan, the Philippines, and Palau, and being in a world far away from my normal daily life has stimulated my musical senses. Since we cannot breathe underwater, we dive with the addition of a regulator, which sucks in air for breathing. By doing so, I am able to be more aware of my breathing underwater, which is often forgotten by string players who do not play wind instruments, and it changes the way I feel when I play music. Also, once music has been played, it cannot be played the same way again. It’s a world of once-in-a-lifetime encounters, and you can’t always see the same scenery in the same situation in the ocean either. This is also a once-in-a-lifetime experience, so you can get away from the music and think about music at a good distance while feeling the common thread.

Dai’s album Piazzolla is on general release from 3 November and can be found here.