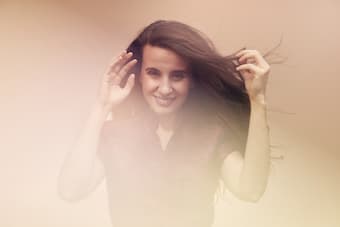 She was in the middle of touring her first album when the world closed for business. All touring stopped, but, fortunately, other projects appeared. One of those projects was based on a theatrical work by Belgian playwright Serge Kribus. He wrote a work on the life of the Romanian pianist Clara Haskil (1895-1960), entitled Clara Haskil, prélude et fugue. 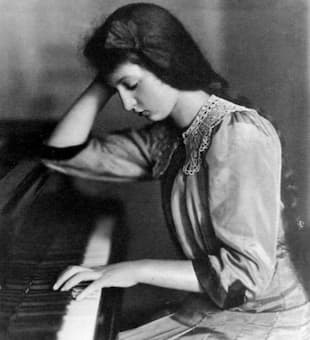 Işıl was asked to take on the piano part of the production and it will be touring Europe in January and February. Beginning in January 2022, the production will be in Paris for 3 weeks at the Théâtre du Rond-Point Paris before touring elsewhere, including Greece.

In constructing her album, Işıl started with a list of composers who were contemporaries of Haskil; with one exception, all were born within a decade of Haskil. What makes the collection on the album interesting is that the majority of the pieces are short – most are under 2 minutes in length.

She opens with Sergei Prokofiev’s Music for Children, op. 65. This set of 12 short works takes us through the day of a child but with a pedagogical backbone. The collection as a whole explores the musical and technical skills of tonal colour, sonority, rhythm articulation and dexterity, and musical shaping. Some of the works are related to other Prokofiev pieces, such as the March, which is related to the March in the opera The Love of Three Oranges. The Moon Over the Meadows, is the end of the day.

Işıl Bengi / The Moon Over the Meadows – Sergei Prokofiev

Francis Poulenc’s 1933 piano cycle Villageoises are full of fun. Although intended for children, they aren’t childish, but look at the world with a wink. The opening Tyrolean waltz becomes a caricature of a country dance – it’s full of Poulenc’s light smiles with the occasional place where the dancers seem to become a bit confused.

Gian Francesco Malipiero’s Omaggi, written in 1920, is a full of changes of scene and mood. His subjects, a parrot, an elephant, and an idiot, couldn’t be more different and in his hands, almost become theatrical on their contrasts.

The sole representative of the Romantic period on this album, and the only work by a composer not a contemporary of Clara Haskil, is Robert Schumann. Vogel als Prophet is the seventh piece in his Waldszenen collection of 1849. The bird’s voice emerges but from within a forested background.

As we look over the composers on this album, we note that they’re all from different countries: Russia, France, Italy, Germany, Spain, and from the US, we have an unexpected work. Henry Cowell’s The Fairy Answer reflects the idea that when you play music and it’s echoed back, it’s not quite the same – the fairies have added their changes to the music. This work, written around 1929, is played both on the keys and in the piano. Işıl said that finding the right piano for this work was difficult – for her rehearsal, Bösendorfer, Steinway, and Yamaha pianos were all tried out. If the steel reinforcing that ran over the strings was in the wrong place, then simply practising the piece was much more difficult. She persevered and finally recorded the work on a Steinway. 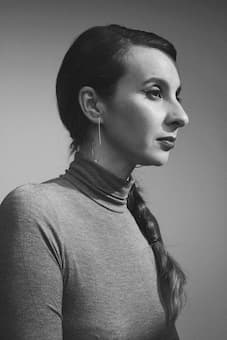 Known for his work in astrology as much as for his work as a composer, French-American Dane Rudhyar’s compositional life is divided between the works written before 1930, at which time he gave up composition, and the 1970s, when his music was discovered by new advocates and he took up composing again. Between 1924 and 1926, he wrote four multi-part works for piano solo entitled Pentagrams, and it is from the third Pentagram that the work Stars comes from. Like many of his works, this piece is filled with dissonance, part of his ongoing exploration of a spiritual approach to dissonance that was an important influence on composers such as Ruth Crawford, Henry Cowell, and Carl Ruggles.

The recording closes with one more children’s set: Frederico Mompou’s Scènes d’enfants. Its titles, Screams in the Street, Games on the Beach, and Young Girls in the Garden return us to those pre-COVID times of freedom.

Işıl Bengi’s choice of works and choice of composers is unusual. A collection of the ‘atypical’ is exactly what we need right now to remind of what we’ve lost and what we can do to move forward. The use of children’s pieces, which as we all know, can be played by children, but can be played better by adults, gives us back the sense of playfulness that we need these days. To explore the whole album as a digital download, please visit this link.