Blog
Conductors 1/3: Conductor Basics.
Who Are They and What Do They Do?
by Oliver Pashley January 8th, 2022 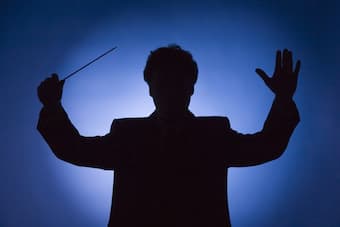 If you’ve ever spoken to an orchestral musician, it is almost without doubt that you will have experienced at some point or another an (often strong) opinion on a conductor they recently worked with.

It’s like British people with the weather: orchestral musicians love moaning about conductors. It’s the national hobby of instrumentalists everywhere.

To those on the outside, the conductor is perhaps one of the most mysterious elements of the orchestra. They just stand there and flap their arms around, right? Well, almost. Some can even barely manage that (sorry, it’s a reflex action. I promise I won’t complain the whole time). Like any instrument, the role of the conductor and their place in the orchestra have evolved over many years.

The idea of a performance director certainly isn’t anything new – evidence of musical leaders has been found as far back as the middle ages – but things started to solidify around the baroque period, with the precursor to the conductor’s baton (or ‘magic stick’, to use the technically correct term) taking the form of a large staff that was waved around, or, in certain cases, banged on the floor, in order to keep time. 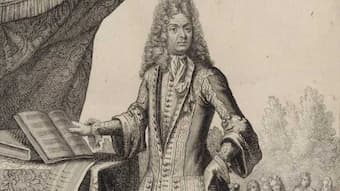 There is an infamous story of the 17th-century composer Jean-Baptiste Lully, who in the process of hammering out the beat with such a staff, inadvertently drove it into his foot. This ultimately led to his demise, as his conducting-induced wound turned gangrenous and eventually killed him. Don’t ever let people tell you classical music isn’t dangerous, folks.

In the classical period, it was normal for a musician in the ensemble to lead from their seat (hence the term ‘concertmaster’, the name, still used today, given to the principal member of the first violin section of the orchestra, where the majority of the direction would come from). The image of the conductor as we know it arose during the nineteenth century, where it became more common to see a dedicated person standing at the front of a group directing the musicians (minus the giant foot-gangrene staff).

As the music of the time music became more complex, there arose the need for a standalone figure to manage the challenge of more ambitious music, coupled with the logistical issues of the steadily-expanding size of the orchestra over the course of the 1900s. Several prominent composers and performers also gained reputations as conductors: Berlioz, Liszt, and Wagner were all known as conductors as well as composers in their day.

Berlioz’s Symphonie Fantastique (1830) is one of the earlier examples of a large, complicated work that necessitated a standalone conductor.

The rise of the conductor brought with it the idea that the conductor could ‘shape’ a performance, or that they had a singular musical vision to which everyone had to adhere. This continues right to the present day, with some conductors garnering reputations for ‘specialising’ in interpretations of a specific genre or composer’s music.

Certain conductors didn’t achieve fame just for their musical ideas, however. The cult of the conductor has led to certain instances of infamy for what at best could be described a fiery personality, and at worst one that is borderline abusive. The power and influence they wield can lead orchestras to great things, but the stereotype of the difficult star conductor persists, albeit a stereotype that is thankfully slowly fading away.

Sergiu Celibidache (one of the more fiery personalities to have graced the podium) being very unimpressed with the viola section.

Conductors do far more than simply beat time. As we will see, they are responsible for managing interpretations, rehearsals, conflicts, personalities, and everything in between. Having a good conductor raises the level of performance through the roof – and having a bad one does exactly the opposite. For those of you curious to find out exactly what a conductor does and how they do it, read on. And I promise to keep my complaints to a minimum…