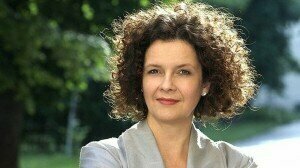 Concert going is a social as well as a cultural activity and one of the great pleasures is the after-concert discussion with friends – and occasionally strangers who linger in the auditorium or foyer – keen to share their thoughts on what they’ve just heard. Sometimes a performance can be so profound, moving or thought-provoking that an immediate verbal response may be impossible, as we each privately digest and consider what we have just heard. At other times, the words tumble out eagerly as we rush to share our impressions of the event.

I recently attended a very special concert at Temple Church, in the heart of London’s legal district, as part of the Temple Song series hosted by Temple Music Foundation featuring pianist Julius Drake and friends. Here was Schubert’s heartrending song cycle Winterreise, a work written the year before he died which has been invested with all kinds of meaning and psychobabble by those who believe this painful narrative is an autobiography of sorts. Austrian mezzo-soprano Angelika Kirchschlager was singing this great work for the first time – and for me this was the first time I’d heard a female voice in the role of Schubert’s lonely winter traveller (I’ve now heard the work performed by tenor and baritone voices and also in an excellent English translation). Seated at the back of the church, it took a while to tune one’s ear into the church’s acoustic, but once settled, it was clear to me that this was a performance of exceptional intensity and emotion. I couldn’t see Kirchschlager very easily from my seat, but her projection and commitment to the role was clear, her voice at times rough-edged and richly-hued to bring greater meaning, drama and expression to the text and music.

Schubert: Gute Nacht from Winterrreise
Retiring afterwards with friends to a cosy bar near the concert venue, we discussed what we had just heard over drinks. While I enthused about the intensity and drama of the performance, my companions were rather more guarded, and this provoked a vigorous, but always friendly, considerate and convivial discussion. This was not some dry bar-by-bar analysis of the work and its performance, but thoughtful, heartfelt and immediate reactions by people who really care about music and concerts. It proved how meaningful, subjective and, above all, personal our experiences of music are.

It was a real treat to hear such an absorbing gig, then ‘share’ it there and then, as if the evening re-booted into 2 great nights in 1 – Adrian (Twitter: @adrian_specs)

Never before has a performance led to a spirited, respectful and absorbing conversation. Something that deepened my understanding about a work and a performer – Jon (Twitter: @thoroughlygood)

As a writer and reviewer, I find such conversations can crystallise or adjust one’s thoughts about a concert, the works performed and the performers, offering valuable reflection or reappraisal ahead of a review or article being written. It’s also a healthy reminder that we do not all like or appreciate the same things – and thank goodness for that, for these differences make the concert-going experience far more rewarding and interesting.